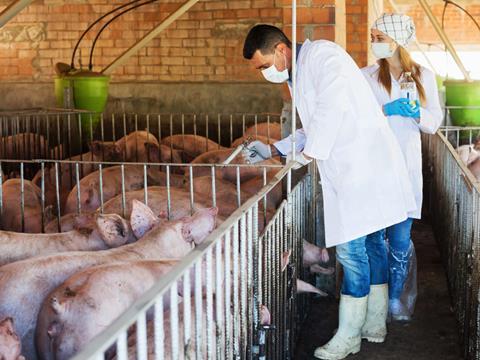 Removing antibiotic usage from animal production is not the answer to antimicrobial resistance in humans, according to a new report.

The research, published yesterday (5 April) by the Royal Society, looked at various mathematical models to assess whether limiting antibiotic usage in farming would have an impact on resistance in humans.

For a “wide range of scenarios”, the report found that reducing usage in animals had “little impact” on the level of resistance in humans, as they were also exposed to high antibiotic use in hospitals and clinics.

However, the report also recognised that there was some transfer of resistance between animals and humans, and called on both sides to work to address the issue.

“If resistance dynamics in human and animal populations are coupled, as is generally thought to be the case in practice, substantial impacts on levels of resistance requires co-ordinated interventions across both populations,” said the report.

Gwyn Jones, chair of the Responsible Use of Medicines in Agriculture Alliance, said the alliance would maintain its position that responsible use of antibiotics alongside well-managed reductions was the “most appropriate approach”.

“The study highlights the complexity of antibiotic resistance and the need for a ‘one health’ approach to the problem across humans and animals,” said Jones.

“While it suggests that removal of antibiotics from animal production systems is not the answer to antimicrobial resistance in humans, the food and farming sector should not in any way dilute its current focus on reducing, refining and replacing antibiotic use across all sectors.

“A drive for ‘antibiotic-free’ farm produce is not necessarily beneficial for human health and makes any related detrimental impacts on animal health and welfare even more unjustifiable.”