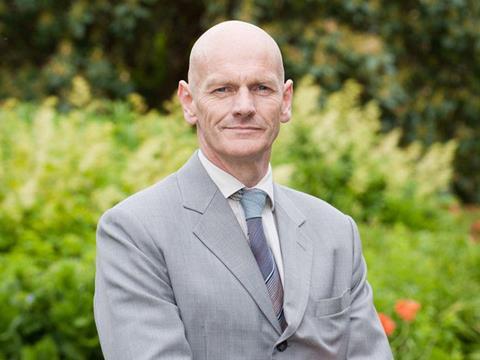 Ask most people about the dangers of arsenic and the response is it is a deadly poison. When consumed in sufficient quantities that is, of course, a pretty fair risk assessment.

But what happens if it is consumed in tiny amounts over prolonged periods?The answer to this is greatly increased risks of bladder, lung and skin cancer as well as heart disease, hypertension, premature pregnancies, low IQ in children exposed in the womb, and the list goes on….

Many of us are exposed to levels of arsenic that can cause concern, so where are we likely to get exposed to such a dangerous element?

The answer to surprises many: the main source of human exposure is rice and, in particular, rice bran.

Much of the research on this topic has been conducted by a friend and colleague of mine at Queen’s University, Professor Andy Meharg. His research has not only flagged up the issue but shown that where and how the rice is grown has a dramatic impact on the amount of arsenic present.

Recently, we were discussing the draft regulations the European Commission is soon going to implement on rice and arsenic. A number of issues came to the fore that I think are worth sharing with the food industry.

The new EC guidelines will set a limit of 0.1mg/kg of inorganic arsenic in baby food, 0.2mg/kg for polished rice, 0.25 mg/kg for parboiled and 0.3 mg/kg for puffed rice, waffles, crackers and cakes. For the most part for ‘adult foods’ it will not be that difficult to source rice that will be below the proposed limits. For food products that use organic rice and those that contain large amounts of bran the picture changes somewhat. Yet the real challenge will be for rice-based foods destined for infants, for which much lower levels of inorganic arsenic are being proposed.

We started to wonder what ‘young children’ means in a legal context, and how food companies will respond. Does this mean rice-based breakfast cereals that are marketed towards children will be included in this definition?

If so, Andy Meharg’s data would indicate many products currently on sale in the UK will be in breach of the proposed regulations. Questions are already being asked in Germany about rice-based foods and news stories about the ‘dangers of bran consumption’ are becoming more frequent. I think the food industry has a huge challenge ahead to deal with the proposed regulations and consumers will need some sound reassurance that their rice-based foods are safe and comply with legal requirements.

I also think there will be a scramble to secure the global supplies of rice that are grown in areas with low arsenic loads in their soils. This seems to me a clear driver for potential fraud in terms of cheating on the geographic origin of rice. Manufacturers of rice-based products have a lot to ponder over the coming months.