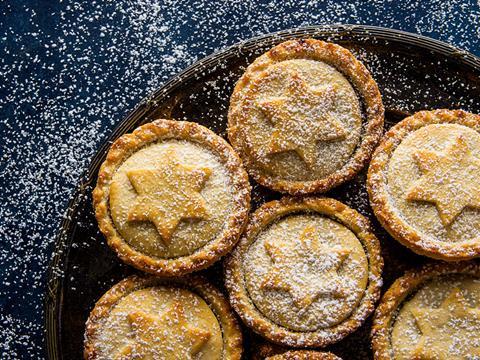 The plastic came from a safety catch from a plastic container that held in the mincemeat filling.

Booths is recalling its own-label mince pies due to some of them containing pieces of plastic.

Some of the upmarket grocer’s mince pies, manufactured by Bells of Lazonby, were found to include small pieces of white plastic under the pie lid. This came from a safety catch from a plastic container that held in the mincemeat filling.

The Food Standards Agency (FSA) said this made the product a safety risk, and it urged customers who have bought the item not to eat them, and instead to return them to a Booths store for a full refund.

How can companies protect themselves against recalls?

“Booths is recalling Booths mince pies because they may contain pieces of white plastic,” said a spokesman for the FSA. “The presence of plastic makes this product unsafe to eat and presents a safety risk.”

It said point of sale notices will be on display at Booths supermarkets that stock the pies to ensure customers are aware the item has been recalled, why, and what to do if they have purchased them.

Booths also said it would be giving shoppers with impacted batches full refunds, and said all affected products had been removed from sale. It apologised for “any inconvenience caused,” adding that its “technical teams are reviewing the matter with the supplier to investigate and ensure steps are in place to prevent this issue from happening again”.

The upmarket grocer said it took the decision to recall the product as a “precautionary measure as the pies may constitute a choke hazard” despite “only receiving two customer complaints” about them. “We would like to reassure shoppers that food safety is of paramount importance at Booths,” a spokeswoman added.

A spokeswoman for Bells of Lazonby said it is “not able to comment given that the mince pies are a Booths own-label product.”

No other Booths products are known to be affected.