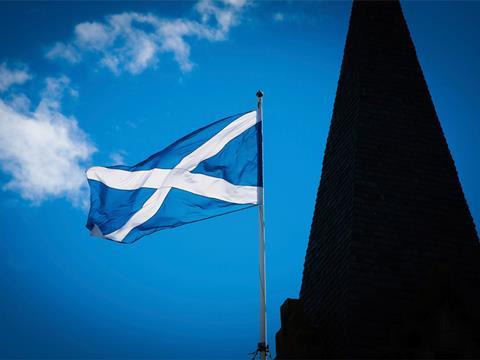 Food Standards Scotland looks set to follow in the footsteps of the FSA by handing food and drink companies a controversial new role in food safety regulation.

The organisation has launched a consultation over proposals for a new “light touch” regulatory system. This would make use of existing company food safety schemes and third party inspections, freeing up cash-strapped government resources to concentrate on tackling rogue operators.

However, the move has been branded as “astonishing” and “an outrage” by a former government special adviser influential in the formation of the FSA.

Meanwhile, food industry sources are also angry at suggestions from the FSS that companies should finance the new system.

The move north of the border comes less than five months after The Grocer broke the news that the FSA had turned to Tesco to trial a new, technology-based model for food safety across England, Wales and Northern Ireland, after describing the current system of inspections as stuck in the past.

The UK’s biggest retailer was one of two companies, alongside pub and restaurant chain Mitchells & Butlers, to launch three-month pilots in December to investigate how big businesses can play a much greater role in food safety policing, which could include a new model for the UK’s Food Hygiene Ratings System.

While not yet at the stage of pilots, the FSS consultation says: “We will be open to a broad range of approaches and interventions to regulating the Scottish food and feed industry within the existing legal framework.

“We will support different ways of gaining compliance assurance where it is appropriate and feasible to do so, including through third parties. The vast majority of food and feed businesses value and strive for compliance - indeed, many choose to go beyond compliance in pursuit of higher levels of corporate and social responsibility.

“FSS will explore, with businesses, ways in which commercial information on food testing and sampling can be shared and utilised more effectively, including consideration of a food testing disclosure policy and the potential use of ‘safe spaces’ and third party facilitation. This should benefit both industry and regulators, and support development of a FSS food surveillance strategy.”

However, while the body said it wanted to work with businesses to ensure official controls to verify business compliance were proportionate and cost-effective, it said it wanted “businesses contributing to these costs”.

Tim Lang, professor of food policy at the Centre for Food Policy, City University, a key figure in the original creation of the FSA, said he was furious at the move.

“This makes my alarm bells ring even more than the original suggestion by the FSA south of the border,” he said.

“It looks like the public heath authorities, squeezed by government cuts, are systematically selling off their powers to the private sector and this at a time when the entire future of food standards is the UK is up for grabs because of Brexit. It’s an outrage.

“For Food Standards Scotland to be going with a begging bowl to the food industry is astonishing and it’s also incredibly risky for the food industry, which will find itself judge and jury of its own performance.”

One industry source told The Grocer: “FSS is looking to see how it can reduce the amount of resources it puts in to areas where there is good compliance and free up more resources to tackle where there is bad behaviour.

“Companies may well welcome this but they will certainly not welcome it if they are asked to pay for it and it’s basically a cost-cutting move.”