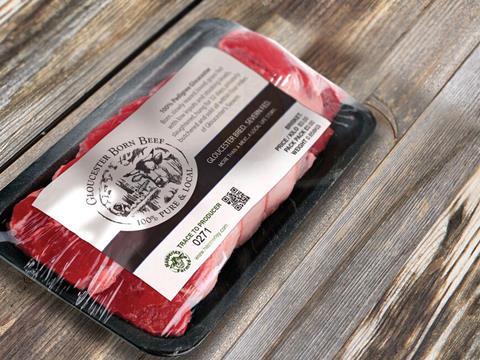 The Happerley Passports scheme will go live on 19 February to coincide with the 15th anniversary of the foot and mouth disease crisis.

Every primary food producer in the UK can register for a free online profile and unique passport code, and invite trading partners such as retailers and processors to become members of the scheme.

Registered producers will be able to create a unique traceability code, or Food Information Record, for every batch leaving their holding. This can then be validated by each link in the supply chain and printed on the final packaging.

Shoppers will be able to access the information by entering the FIR code online or scanning it via QR.

Happerley was developed by farmers Matthew Rymer and Clifford Freeman two years ago to prove the provenance of their own Pedigree Gloucester Beef.

They decided to extend the scheme in response to demand from other farmers, local butchers and consumers, and formed a collaboration agreement with the University of Aberdeen.

Rymer said consumers wanted to support a sustainable farming industry, but were being blindsided by “mislabelling and half-truths” to sustain national retail and processor margins.

“The British farmer and consumer continues to be sold short by food processors, manufacturers and retailers working together to disguise and mislead on provenance and collectively collude in driving down farmgate prices,” he added.

Professor Pete Edwards, chair in computer science and lead on the collaboration with the University of Aberdeen, said most of the data collected by Happerley was already held by Defra, and called for more transparency from the government.

“There are a plethora of assurance schemes out there, but until now no transparent universal traceability scheme connecting the consumer to the actual farm of origin,” he added. “Provenance begins with the primary produce and it is right this should be producer-led. Although a voluntary scheme, it is hoped that the government will support it by opening up some of these data sets to Happerley.”