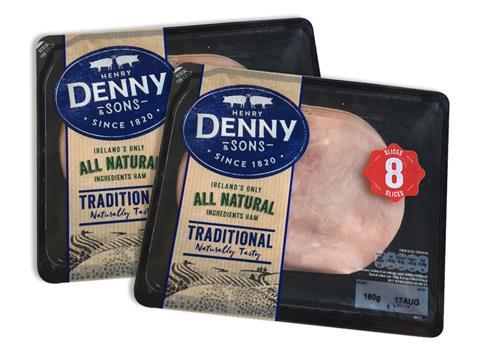 Kerry Foods has insisted the celery-derived ingredient in its Denny ‘All Natural’ ham is an “approved natural flavouring” after it emerged this week the product was under scrutiny by food safety watchdogs for allegedly using vegetable extract nitrates.

The Food Safety Authority of Ireland (FSAI) said it was “looking into” allegations made against the processor regarding the addition of naturally derived nitrates from vegetable extracts - which is banned under EU law. However, it would not comment further on the “ongoing investigation”.

Kerry Foods confirmed it was “assisting” the authorities after the European Commission “raised a question with the FSAI regarding the Denny 100% natural ingredients product”.

However, a Kerry spokesman insisted the “fermented celery” ingredient used in Denny ham was an “approved natural flavouring”.

“We’re fully confident in our science and our position of the Denny’s 100% natural ingredients claims,” he told The Grocer. “We use a natural ingredient which is derived from celery, but it’s replacing nitrates. Nitrates don’t come into the question.”

The EC clarified last December that any use of vegetable extract nitrates to achieve a technological function in food was banned, and the FSA said its stance on the issue was “very clear”.

“The indirect addition of naturally derived nitrites to food via nitrate rich extracts of vegetables such as spinach or celery is not permitted,” said Maria Jennings, director of the FSA in Northern Ireland.

“In such cases the extract is being added for preservation as it contains a standardised level of nitrate and consequently such use would not be permitted by the regulations on food additives as these extracts have not been approved as preservatives.”