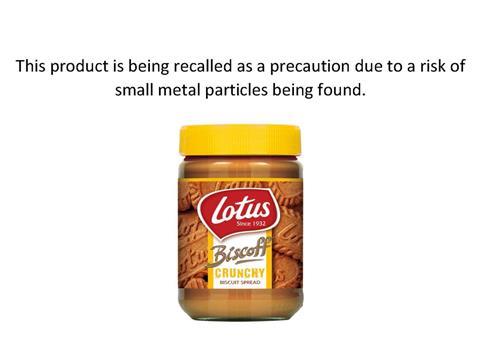 In total, 12 batches of the 380g jars of spread, sold at Tesco, Sainsbury’s, Morrisons, Asda, Waitrose, Ocado and Nisa stores, have been recalled. The jars carry best before dates in February and March 2018.

Lotus said it initiated the recall after “being informed by the co-manufacturer, to whom the task of filling the product is outsourced, that during a certain period, their metal detection was not adjusted for sufficient precision.

To “eliminate any risk”, spread from the affected batches should not be consumed, it warned.

It comes after Quorn issued a recall for 12,000 frozen Meat Free Mince packs yesterday over metal contamination fears. The manufacturer said the recall was a precautionary measure due to an “isolated production issue”.