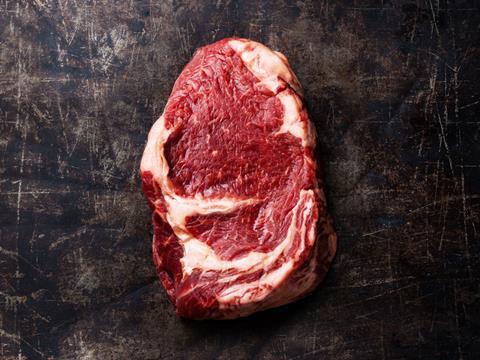 A red meat-free diet has not been proven to reduce the risk of bowel cancer, experts have stressed in the wake of a new study published yesterday.

The study, by an international team including researchers from the University of Leeds, analysed a large cohort of UK women to assess whether different diets were associated with bowel cancer.

It found women who regularly ate red meat had a slightly higher risk of developing distal colon cancer - which is found in the descending section of the colon - than those on a meat-free diet. This led to headlines in the national press claiming ‘cutting out red meat significantly reduces people’s risk of bowel cancer’.

“The study did not find that cutting out red meat was protective against colon cancer. In fact, people who ate no red meat had a similar risk of overall colorectal cancer to people who ate the highest amounts,” said Dr Carrie Ruxton, independent dietician and public health nutritionist on the Meat Advisory Panel.

“What we do know is that smoking, drinking alcohol, having a low fibre intake and being sedentary are strongly and consistently linked with bowel cancer risks. This is what health promotion should be focusing on now.”

Even the link between meat consumption and distal cancer was “not signifcant in the normal use of the word”, said diet researcher and author Zoë Harcombe, who pointed out the study didn’t distinguish between processed and red meat consumption, or account for the other foods people may be eating.

“These studies adjust for things like age, BMI, smoking, but they don’t adjust for any other foods,” she said. “People who eat processed meat eat burger buns, hot dog rolls, ketchup, fizzy drinks, milkshakes, fries. Again - don’t blame the processed meat specifically when you should be blaming processed food generally.”

NHS Choices slammed the “misleading” headlines in the national press, and said current UK guidelines on red meat consumption had not changed.

“It’s recommended that people eat no more than 70g of red or processed meat a day. That’s roughly equivalent to one lamb chop or three slices of ham,” it said.

Red meat was an important source of iron and zinc when consumed as part of a healthy, balanced diet, added Ruxton. “These nutrients are often in short supply in the diets of girls and women, one in 10 of whom are iron deficient.”