Waitrose to phase out lead-shot game across its estates 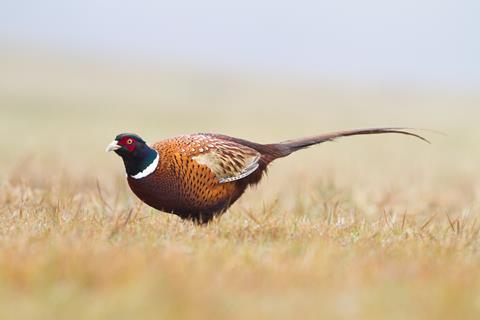 Waitrose sells a range of prepared wood pigeon, partridge and pheasant in season

Waitrose is working towards a total ban of game that has been killed with lead shot.

The retailer will begin phasing out its use of lead shot on the estates from which it sources game from this year’s season.

It will instead require the use of lead alternatives, such as steel or bismuth.

Waitrose claims to being the largest retailer of game in the UK.

It sells a range of prepared wood pigeon, partridge and pheasant in season.

“By season 2020/21 all of our game will be brought to bag without the use of any lead ammunition,” said a Waitrose spokesman.

“We are supplied by a single game dealer who ensures that all the game we source from leading British shoots is reared to the very highest standards.”

Waitrose rigorously monitored the shoots it dealt with and expected them to adhere to its “bespoke standards of animal welfare and shoot behaviour”, the spokesman said.

The Food Standards Agency has previously identified that lead-shot game was a risk to human health, especially in children and pregnant women, when consumed “on a frequent basis”.

The Lead Ammunition Group sought talks with Waitrose earlier this year for carrying what it deemed was a “misleading” warning label on its game: ‘May contain shot. It is recommended that vulnerable groups such as toddlers, children, pregnant women and women trying for a baby do not eat more than one portion of wild game a week due to the possible presence of lead shot.’

LAG said: “The principal grounds for concern derive from the evidence of risks to human health, supported by the Food Standards Agency advice and the NHS England guidance, which says lead-shot game should be avoided in pregnancy (not eaten up to weekly as Waitrose labels suggest).

“Neither supports advice that vulnerable groups may eat lead-shot game weekly without harm.”