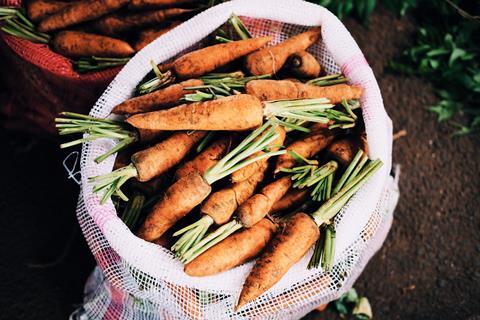 If genome editing can be shown to safely deliver demonstrable sustainability benefits, the organic sector should welcome it

This month the government launched a 10-week consultation on allowing genome editing of crops and livestock in the UK. Anti-GM campaigners and environment groups have reacted angrily to to the plan. But how should the organic sector – long-term opponents of ‘traditional’ genetic engineering too – respond? Should we reject an entire technology out of hand?

In short, no, I don’t think we should. If I tell you I am a veteran anti-GM campaigner myself, and passionate organic advocate of 46 years’ standing (I started my business Alara Wholefoods in 1975), that answer may surprise you.

But conditions today are very different to those in which the organic industry in the UK battled against the introduction of GM crops 20 years ago. It is very clear that senior ministers want Britain to take a global leadership role in genomics and view successful commercialisation of gene editing as a way to underscore post-Brexit economic opportunities.

In the midst of a pandemic, and with genetic science the hero of the hour, the national mood is different too. I don’t see due diligence arguments working this time. And I also don’t see the Daily Mail splashing new ‘Frankenfood’ headlines.

Legalisation of gene editing by the UK is now almost inevitable, and adopting a position of outright opposition to the technology would risk the organic sector being ridiculed by the media and marginalised in future policymaking. Instead, we should focus on securing regulatory and financial safeguards for organic food and farming, while demanding that future policymaking recognises organic’s unique system of governance and proven effectiveness in climate change mitigation.

I would like to see the organic industry take an ultra-pragmatic position that acknowledges the strength of the UK in gene editing, demonstrates we are not Luddites, and supports research and controlled introduction. At the same time, we should demand that organic is ring-fenced – not for reasons of purity, but because it is what international law requires. All trait selective breeding that involves gene editing is banned under organic rules, that is very clear. Keeping this material out of organic is therefore non-negotiable.

We should also remind politicians that demand for organic food is growing strongly. The UK is a significant player in the $120bn global organic market and has real potential to increase its share. I would contrast this real market for organic, driven by consumer demand, with the hypothetical one for gene-edited foods.

But it is advancing organic’s role in tackling climate change, the most pressing and urgent issue of our time, that should be our top priority. Organic farming’s multiple climate change mitigation benefits are well established and documented – more efficient at carbon sequestration, lower nitrous oxide emissions and lower overall energy, to mention just three. Crucially, organic is the only agro-ecological food system with a full system of governance. Since governance is a key foundation for sustainability, organic is in practice the only agro-environmental system that is genuinely sustainable.

That said, we should recognise that a multi-approach strategy to deal with climate chaos will be needed. If genome editing can be shown to safely deliver demonstrable sustainability benefits, the organic sector should give a qualified welcome to such developments. But we should also seek assurance from government that there will be public forums to question and scrutinise gene editing policy, and an opportunity to directly challenge the pie-in-the-sky claims being made in some quarters.

Bringing climate chaos under control is the defining challenge of our times. It is, to be blunt, a more pressing issue than debating the integrity of organic. If gene editing can ameliorate some of the effects of climate chaos, with all the provisos I have mentioned, it would wrong – and counterproductive – for the organic sector to dismiss it out of hand.