From farm to food waste: the pre-farmgate fight 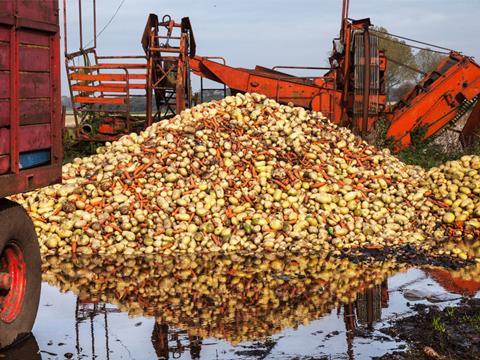 In May last year, a shocking report by Wrap revealed an estimated 1.9 million tonnes of food was being wasted by UK manufacturers and retailers, worth an astonishing £1.2bn a year. It was this report that inspired The Grocer to launch its own Waste Not Want Not campaign.

Now a damning new report by the same body has looked higher up the supply chain to investigate, for the first time, levels of waste on UK farms too. Though focused on lettuce and strawberries only (see box, p.28) early indicators from the work suggests that pre-farmgate waste could dwarf levels later in the food supply chain, at least in volume terms, with conservative estimates suggesting 2.5 million tonnes is going to waste, at an estimated loss of £0.8bn.

So what’s causing this waste? And how can it be lessened?

The problem in both examples above was not that they were unfit to eat, but simply because they were misshapen or suffering from pest-related damage. While Wrap’s report admits weather-related impacts and other factors such as pest damage will always be “challenging”, however, more accurate forecasting by both growers and their customers is key (though in the case of lettuce crops it also advises changes to specifications for head sizes at all times).

National scrutiny from the likes of chef and crusader Hugh Fearnley-Whittingstall has exposed how picky and punitive supermarkets - those same supermarkets that claim they are doing all they can to reduce food waste - can be, and they play a pivotal role in food waste on the farm.

How much produce is wasted on UK farms?

Main causes linked to product not meeting quality requirements, primarily as a result of being misshapen or damaged

About 19% of all lettuces were unharvested, with 38,000 tonnes lost across the sector, worth an estimated £7m

More accurate forecasting by both growers and customers cited as main action to prevent crops going to waste, together with changes to head size specifications

“Every year, millions of tonnes of food is wasted on farms and the biggest cause is that risk is being transferred from retailers on to producers,” claims Martin Bowman, EU campaigns manager for campaign group This Is Rubbish. “Retailers will often penalise producers if they fall short of an order, and the fear of being delisted or fined results in overproduction.

“This overproduction means there are often gluts where the price collapses. When this happens, farmers will often have to plough back in produce because they’d lose money harvesting it, and rather than making an effort to market that surplus, retailers often seek out the cheapest produce, tighten their cosmetic specifications, and continue to import the cheapest produce from overseas. If the retailer has committed to orders with suppliers already, and they want to wriggle out of the order because they no longer need the produce or can get a better deal elsewhere, retailers (or middleman buyers) will often invent spurious cosmetic reasons to reject the order.”

Supermarkets vehemently deny these claims. When confronted with the allegation by campaigner Tristram Stuart in October Sainsbury’s CEO Mike Coupe called the charges “extreme” and “blown out of all proportion” insisting it has “fantastic relationships with farmers.”

That was reiterated by Tesco’s group quality director Tim Smith in February when he told members of the Efra committee that the claims were a “myth.”

“It assumes there is an adversarial relationship between the buyer and the farmer or grower and that is almost never true,” he told MPs. “We have to be able to trust each other, part of that is the forecasting, and it serves nobody to get your forecasting wrong.”

But “Wrap’s study indicates it is still happening on a vast scale,” insists Bowman, claiming suppliers are “terrified of speaking out” on such practices “for fear of losing business”.

“We need supermarkets to start bearing the cost of seasonal variations in the quantity and quality of food produced - and that means penalising farmers less in cases of undersupply and making more of an effort to market surplus in cases of gluts, at a fair price that makes it viable to harvest.

“We need to see an end to order cancellations based on spurious cosmetic rejections. And we need to see supermarkets both relaxing their cosmetic standards and marketing that produce at a fair price.”

Wrap insists the majority of farmers’ food ends up as intended - on supermarket shelves - and that supermarkets are responding with innovative solutions.

“Retailers are increasingly working with producers to try and ‘flex’ specifications when, for example, crops are damaged due to the weather or there are gluts,” says Wrap programme manager Andrew Parry. “Many [now] have lines to make use of wonky fruit & veg, or to divert produce to other uses such as in ready meals.

Indeed recent research by The Grocer shows these efforts are being rewarded, with shopper demand for wonky fruit & veg driving an ever-growing trend for supermarkets to introduce new lines and lower specs.

Morrisons, singled out for criticism by Fearnley-Whittingstall in November 2015 after it was exposed for wasting 40% of a parsnip crop, now sells over 500 tonnes of wonky produce a week to over 500,000 customers. Last month it announced plans to launch a range of fresh veg boxes, including a £3 box with a variety of wonky and misshapen veg.

Asda says it has sold 200,000 wonky veg boxes since it was featured on Channel 4’s Jamie and Jimmy’s Friday Night Feast in January 2016, equating to 1,000 tonnes of misshapen produce that might previously have gone to waste. The £3.50 boxes have become so popular with shoppers that Asda increased the number in store from 1,000 to 2,500 every week in May. Customers “absolutely love the boxes” a spokesman says.

There have also been examples across different supermarkets of retailers relaxing specification standards to help farmers, as well as maintain availability.

Last month, Tesco relaxed specifications on its apples after thousands of this season’s crop were affected by “frost ring” during the spring. It’s also lowered specifications for some fruit to create a new value tier.

However, such measures are often reactive. And Wrap is encouraging the industry to be more innovative in finding proactive solutions to slash food waste, which can be shared across producers.

For instance one of the key things to jump out from its report is the sheer variety of waste levels on different farms across the UK. The waste for strawberries ranged from 3%-17%, while for lettuces it was 7%-47% - some producers seeing almost half their crops become waste.

Retailers are already experimenting with new technologies they hope can make such a lottery in the production process become a thing of the past.

In the case of Asda, farmers armed with smartphones are helping. In February, Asda’s sourcing arm IPL and experts from the National Institute of Agricultural Botany began training growers to upload photos of crops. Images from the sample digs are plugged into algorithms based on decades of scientific research. They convert the information into an early but accurate yield forecast.

Yet Wrap’s work at getting a grip on the big data for farm food waste is still in relative infancy. And it admits that just as significant as supermarket practices is the lack of transparency and collaboration from primary producers themselves: experts are hampered by a lack of data, and that could fundamentally compromise its flagship Courtauld 2025 food waste initiative.

The agreement aims for a 20% reduction in UK food waste between 2015 and 2025, including waste across UK farms. But gaping holes in the data on this first mile of the supply chain leave progress there almost impossible to track. And it’s this that Wrap is hoping to address with its latest research.

Parry says: “Purely as an estimate, we know in the UK we have at least 100,000 farms, producing around 50 million tonnes of food a year, worth about £17bn.

“Considering the levels of waste identified in this work so far and data from other studies, a conservative average of 5% waste of what is produced would equate to 2.5 million tonnes a year, worth around £0.8bn. 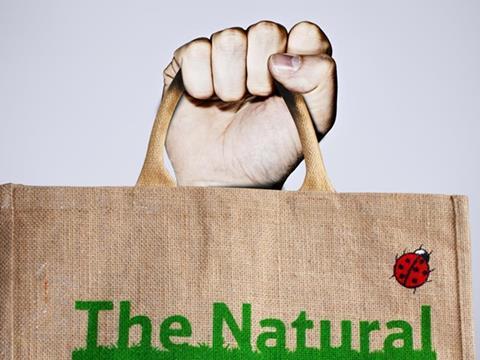 Waste Not Want Not: are we winning the war?

“This would be an average waste figure, with some sectors in all likelihood having lower than 5% waste, such as cereals, and others having higher levels, such as those identified for lettuce and strawberries.”

Wrap claims it has powerful backing from a consensus of major industry players for its investigations, with the BRC and the NFU among those involved in the talks that led to the report. But the reaction of individual retailers is, once again, likely to be just as significant.

Tesco’s announcement last month that 24 of its biggest suppliers were to start publishing food waste data for their operations within the next 12 months is widely seen as the benchmark. Wrap is hoping it could become a model for what can be achieved on farms.

For years now, farm to fork has been the buzz phrase for the industry. If Wrap’s worst fears are right about the hidden food waste scandal on our farms, it is vital words are replaced by action - and fast. Does the Adjudicator need new powers?

Amid the chaos of Brexit, the government has kicked its review of the remit of Groceries Code Adjudicator Christine Tacon into the long grass. But the issue might not stay there for long, especially if Labour comes to power.

They cited banana farmers who received late order charges four weeks out of five and a group of UK dairy farmers allegedly out of pocket by up to £14,000 per farm since 2015 because of a two-week delay to payments imposed on them by their milk purchaser.

All reasons, say McCarthy and organisations including the NFU, Fairtrade and the Food Ethics Council, why Tacon’s role should be extended from covering supermarkets to police the relationship between suppliers and farm producers.

“The buying practices of supermarkets and big food manufacturers incentivise over-production and waste. This is more acute in fresh produce,” says Tom Wills, policy officer at Traidcraft, another of the signatories. “The remit of the GCA needs to be extended to stop abusive purchasing practices, which is one of the key causal factors of food waste in the supply chain.

“Companies buying food that are not covered by the GCA such as those manufacturers and brands in the middle of food supply chains can change the volume of their orders at the last minute.”

However, the coalition calling for change faces strong opposition.

Among those calling on the government not to extend Tacon’s powers include the BRC, the FDF and, significantly, Tacon herself.

Supermarket leaders told the Department for Business, Energy & Industrial Strategy inquiry, which ended back in January, to “bolt on” extra powers would be a massive departure from the principles of the GCA, which it said was set up to protect consumers, not suppliers. Moreover, it said that if BEIS did make such a move, supermarkets would refuse to fund the system, as they do now. Many regard that as a killer blow, though food waste does have huge power as a potential vote winner - as David Cameron found when he championed the extension. Sources have suggested Tacon will walk away from the job if it is extended, having said that the extension would go well beyond the remit of GSCOP.