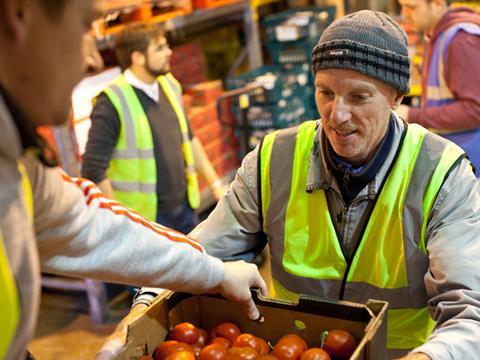 The FSA has promised to remove the barriers to food redistribution caused by “nanny state” date-marking policies.

The agency has launched a review of rules that currently prevent thousands of tonnes of food from reaching charities. The FSA said it would work with Defra and Wrap to review guidance or education around date-marking that might increase the volume of surplus fresh food donated to and used by the voluntary sector.

A major report by Wrap in May found the unintended impact of ‘use-by’ and ‘sell-by dates’ were one of the key causes of food failing to be redistributed for human consumption. It found opportunities were often lost even where there was no food safety risk and the quality of food was acceptable, but red tape got in the way.

The FSA said it would look at circumstances under which food business operators could freeze food prior to donating it to a charity partner, a way of reducing some of the logistical barriers of redistributing products with a short shelf life. It also wants to try to address mass confusion over the issue of ‘best before’ end dates and is planning to bring in new guidance to address date-marking for food for redistribution rather than sale.

FSA director of policy Steve Wearne said it wanted to remove “key barriers to food redistribution for all those involved”.

“The talks we have had so far have clearly highlighted the areas where the FSA can focus its efforts to ensure that as much surplus food as possible is safely redistributed,” he explained.

Andrew Parry, special advisor Food & Drink, WRAP, added: “Over a million tonnes of avoidable food waste are produced in the manufacture and sale of food in the UK, worth £1.9bn, and that food redistribution could be increased by at least four-fold. When food surpluses cannot be avoided, redistribution to feed people is imperative and reviewing date marking and related guidance is an important element of ensuring this happens. This is part of a wider strategy to prevent waste, and maximise the use of any surpluses as part of the Courtauld Commitment 2025.”