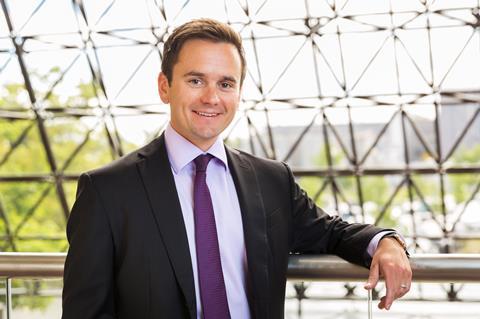 Speaking to the All-Party Parliamentary Group on Food Waste last week, Walker said business wanted to tackle the problem but needed government support, pointing to tax breaks for food donations in the US and France.

Walker was taking part in a panel debate in which Ben Elliot, the government’s food waste champion, said companies failing on the issue faced being named and shamed later this year.

“In November Defra is launching, in consultation with Wrap, a food waste week,” said Elliot. “We are calling it the Food Waste Conversation.

“We are going to name and shame those organisations that are doing a good job and doing a bad job.”

Elliot said around 51 organisations had yet to sign the government’s voluntary ‘Step up to the Plate’ pledge to halve food waste by 2030. The initiative was launched last month, calling on nearly 300 organisations to make the pledge.

Walker said there was there was “room for naming and shaming” but argued larger supermarkets had “practical advantages”.

He set out his comments in a blog after addressing the group.

‘Although retailers only account for 2% of all food waste, I do believe that there’s room for naming and shaming,’ he wrote. ’But we need to look at objective research on the reality of managing food waste within different-sized businesses. Large supermarkets, such as Tesco, are doing an excellent job but there are practical advantages in what can be achieved as a superstore compared to small high street stores such as Iceland.

’What we really need is a community distribution system for the small amounts of food left over each day in our almost 1,000 stores. A national system working with accredited partners, with a legally robust framework to guarantee food safety.

‘There is business willpower to tackle this issue but we need a policy framework which helps us. Let’s look at global best practice. The US has introduced corporate tax relief on donated food. French retailers who donate food surplus to charities receive a 60% tax break.’

He said the conversation on food waste was ‘very middle class’ and argued calls for bogof bans were ‘hysterical’.

’Wrap concludes that the average family wastes £70 a month on food, yet this is a not a story we recognise in our customers who may be shopping on very limited budgets.

’Hysterical calls for an end to “buy one get one free” deals miss the point by failing to recognise the legion of real people reliant on these deals to feed their children.

‘I would like to see a demographic breakdown of food waste so we can target messages more appropriately. Anecdotal evidence suggests people who are cash rich and time poor are the main food waste culprits. not my customers.’