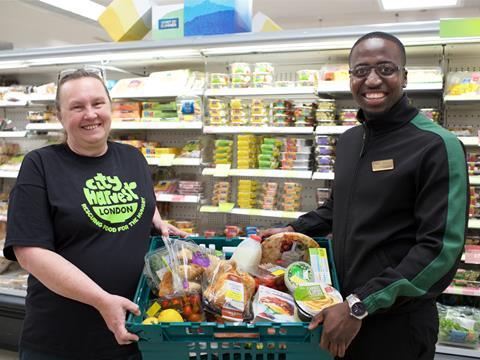 M&S has begun redistributing its chilled surplus produce to charity in a bid to move closer to its 20% food waste reduction target.

The retailer already redistributes surplus fresh fruit & vegetables, bread, cakes and ambient products to local charities and community groups via its partnership with social platform Neighbourly, with 1.25 million meals redistributed to 595 organisations since 2015.

By adding chilled foods such as meat, poultry, dairy and ready meals to the scheme across in selected stores, it hopes to get closer to its Plan A target of reducing food waste by 20% across its operation by 2020.

The retailer initially piloted chilled produce redistribution in 70 stores over Christmas, and has extended this to 130 M&S stores the past month. It will consider rolling out the scheme more widely by the end of May.

“Addressing food waste is a key area of focus for M&S and we have been working hard to reduce food waste whilst ensuring that, where there is food surplus, we put it to the best possible use,” said Louise Nicholls, head of responsible sourcing, packaging and Plan A at M&S.

“Over the last year our partnership with Neighbourly has allowed us to connect our stores to local food projects and help support our local communities. By extending our food surplus scheme to include chilled food we’ll be able to go even further in helping charities support those in need with safe and nutritious food.”

“This is a great move by M&S and opens up a new area of surplus food that can go to feed people, rather than potentially being waste,” said David Moon, head of food sustainability at Wrap.

“No food should go to waste when there are options like redistribution, and Courtauld 2025 signatories have responded with a collective ambition to double the amount of surplus food they redistribute by 2020. This move by M&S is a great example of the kind of action that will help make that ambition a reality.”