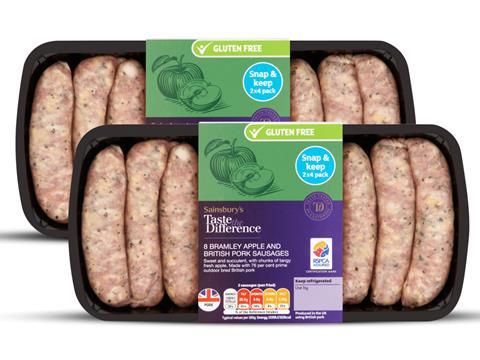 Sainsbury’s has relaunched its range of Taste the Difference sausages with a new ‘snap-pack’ to minimise waste.

The pack splits the product into two sets of sausages with a peelable seal, meaning one half can be used fresh and the other frozen.

According to the Wrap Food Waste Report 2012, leftover sausages are the second most wasted meat after poultry, with 32,000 tonnes thrown away.