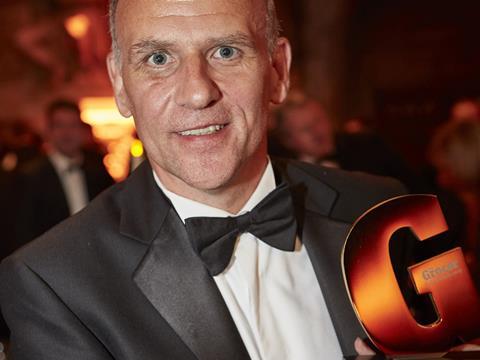 Tesco boss Dave Lewis has branded the decision by 24 of the retailer’s biggest suppliers to publicly reveal their levels of food waste as a “pivotal moment” in tackling the UK’s waste mountain.

In an exclusive interview with The Grocer from New York, where Lewis had earlier revealed most of Tesco’s key own-label suppliers had agreed to start publishing their food waste data within the next 12 months, he said he was confident many other suppliers and all major supermarkets would follow suit.

“I think this is a big moment and when it comes to the UK, it’s a big step forward,” said Lewis. “You move mountains by getting the big boys first and that’s what we’ve announced.

“I absolutely believe this is pivotal and I’m absolutely delighted at the way the leaders of those companies have engaged.”

Lewis forecast more suppliers and retailers would take the plunge in the next few weeks, when IGD meets to decide on proposals from Tesco for the industry to adopt a single way of measuring and publicly reporting food waste.

“We are trying to get to a place where the industry has one methodology of reporting food waste,” he said.

“The fact that 24 of our own-label suppliers have signed up is a signal from companies worth more than 17bn of business, which is a step change for Tesco and if we can get the IGD to the right place then I think the UK will be able to claim global leadership on this issue by quite some distance.”

Lewis denied that Tesco had put pressure on its suppliers to sign up to food waste reporting.

“This was no force majeure,” he said. “I haven’t met anyone that when you sit down and discuss food waste says anything other than we are doing the right thing. There has been no pressure.”

Only a handful of Tesco’s key own-label suppliers had shied away from agreeing to the move, simply because they had failed to get the go-ahead from international owners, he claimed.

“I would say 98% of the people we went to have taken this up. For 2% with intentional ownership it’s been a bit trickier but I can honestly tell you that 100% of them wanted to sign up.”

The Tesco boss said suppliers had been influenced by a Wrap report in March that showed almost every time a business made an investment in curbing food waste, there was a positive return on that investment. For every £1 invested in reducing food waste, it reported, half the business sites had at least a £14 return.

But he also claimed Tesco had generated trust that it would not use waste figures against its own label providers, a fear that had previously been a key barrier to transparency.

“Over the past three years they have absolutely seen us change,” he said. Lewis also claimed Tesco was being “hugely proactive” in engaging with other retailers to persuade them to publish food waste figures, with Sainsbury’s having already made the move in September last year.

“We don’t see food waste as a competitive issue,” he said.

Lewis said the case for all retailers to move to a new era of transparency had been strengthened by this week’s report by Wrap and The World Resources Institute, which claimed lack of company-specific data on food waste was hindering the battle to tackle the food waste mountain

“What Wrap’s report has done is further endorse what we have already said about the importance of measurement,” he said.

“We are trying to create a movement and this is a key step. If Wrap comes out and says, we need to measure, and if the IGD comes out with a common method of measuring, then happy days.

“We have got 24 of the UK’s largest food suppliers. Do you honestly think they are going to go down this route only for Tesco? Not at all. The opportunity is here for everyone.

“I have huge appreciation of the way our suppliers and the IGD have engaged on this issue. I couldn’t be more appreciative and I’m very hopeful that as an industry we can make a huge difference here.”

Lewis also paid tribute to The Grocer’s WNWN campaign. “I believe The Grocer’s campaign is driving awareness and making sure that this issue is front and centre. It’s made a huge contribution and what is important now is that suppliers are turning words into action.”