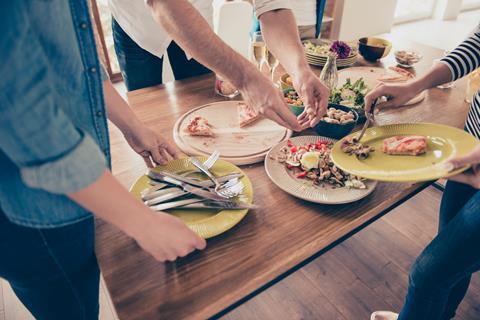 Wrap says it plans to become “harder hitting” in its campaign against food waste, with a consumer campaign targeted at younger members of society to show its impact on climate change.

The Wasting Food: It’s Out of Date campagn will partner Wrap’s existing Love Food Hate Waste campaign and is backed by companies including the Co-op, M&S and Unilever.

The body said unlike the war on plastic, the campaign against consumer food waste had failed to properly connect with younger people.

Wrap said it hoped the use of “more direct” messaging would reach people who may not yet be aware of the connection between wasting food and climate change and encourage them to back the UN’s goal of halving our food waste by 2030.

The campaign will focus on 18 to 34-year-olds using social media to show that, like plastic pollution, wasting food has a huge impact on the environment.

The launch is being supported by a variety of partner organisations including HiSense, Co-op, M&S, and Unilever. Partners will use their own channels to support Wasting Food: It’s Out of Date and highlight the waste of precious resources that go into producing our food – like water, agricultural land, and energy – when food ends up in the bin.

“The food we waste is damaging our planet, devastating our biodiversity and draining our water supplies,” said Wrap CEO Marcus Gover.

“Yet our research shows that not enough people realise how seriously wasting food contributes to climate change. In reality, wasted food produces six times the amount of greenhouse gas emissions as global aviation.

“Many of us blame farmers, producers and supermarkets but the truth is, it is us, households, who waste more food than any other sector combined, and the onus is on us all to see this, and act.

Earlier this week Tesco launched a campaign urging consumers to cut down food waste, after a trial showed households could save almost £900 a year by bringing in simple changes to their consumption.

The supermarket giant, in collaboration with environment charity Hubbub, ran a six-week trial with more than 50 households to try to get them to reduce waste, with the latest figures from Wrap showing consumers waste 6.6 million tonnes of food per year.