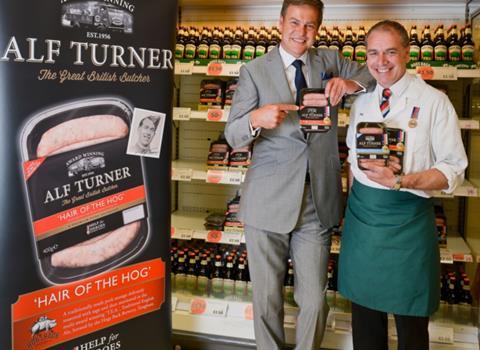 The Best of British and Hair of the Hog sausages (rsp: £3) were rolled out last week to up to 40 stores. Paul Turner now runs the butcher established by his grandfather in 1956, and Peter Jones invested in the company when Turner appeared on the BBC show in 2012.

The sausages are made by Tulip, and Help for Heroes receives a donation for every pack sold.