Perhaps Facebook isn’t as vital to brands as social media evangelists would have us believe. Of Britain’s 32 biggest frozen food brands, as identified in our 2014 Top Products report, just 16 have active Facebook accounts, according to research by content marketing agency Headstream.

And what’s more, causing a stir with your Facebook followers isn’t necessarily reliant on producing cutting edge multimedia content. Indeed, the most successful posts by frozen food brands during January had a much more basic appeal: the promise of free stuff.

To ensure posts reach as wide an audience as possible, brands are using a number of tricks. One is to simply buy advertising on Facebook or link the activity to advertising in other media. Another is to partner with other brands, piggybacking on their partners’ popularity.

“Brand partnerships are a proven method for tapping into a wider community and extending brand reach and relevance,” says Chapman, adding that timing posts to coincide with events in the real world can also pay off.

“Attaching a brand to popular real-time events allows brands to share in popular topics amongst the target audience. For example, Goodfellas’ strategy is to post content only on key events such as Christmas and Valentine’s Day. This is why there was no content during our period of monitoring.” 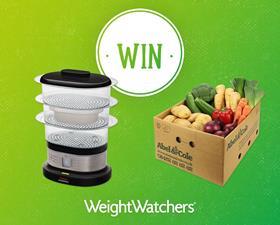 Of course, Weight Watchers is more than a frozen food brand. It’s one of the biggest licenses in grocery, spanning biscuits, soft drinks, tinned food and more. Then there’s the slimming club. No wonder it’s got not far off 200k Facebook followers here in the UK. Its post of 2 February, offering followers the chance to win a Tefal Soup Maker and crate of Abel & Cole veg, was also the most interacted with.

The size of its audience, and the fact Weight Watchers’ followers appear to be relatively active on Facebook, helped, as did the strength of the brands it teamed up with for the promotion. Tefal has almost 1.2 million Facebook followers; Abel & Cole has 43k. The promise of a free soup maker and vegetables clearly resonated with Weight Watchers’ target group. “It was shared over 400 times, meaning fans thought it was worthy of a space on their own Facebook wall,” adds Chapman. 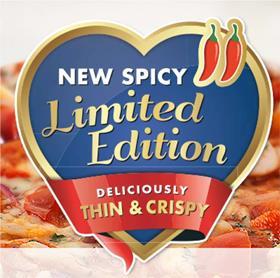 Simple, but nevertheless this one went down a storm. The post, asking fans to come up with a name for a new limited edition Thin & Crispy pizza, attracted almost 1,300 comments. What’s more, the vast majority of these comments were positive, praising the brand on the quality of its latest piece of NPD (Facebook is no stranger to trolls, after all).

The post was shared 239 times in our sample period, indicating a large number of followers felt the post would be of interest to their friends. Pollo Arabiata was the most popular choice of name for the new variant. However, the stakes were hardly high for those who commented. The more than 2,000 commentators got the chance to wine one of 10 pizza vouchers. Big deal! 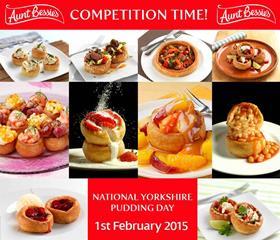 The promise of a load of free Aunt Bessie’s food no doubt inspired some to get involved with this post, but so did the nature of the question. Food is renowned for being one of the most talked about and photographed subjects on social media, and the post attracted a slew of photographs and interaction between commentators.

Methodology: Social and content marketing agency Headstream partnered with The Grocer to compile this study. The Grocer provided Headstream with the original source list of the top 35 best-selling Frozen Food Brands in the UK focusing on frozen pizza, deserts, frozen potatoes, fish and pastries, according to the Nielsen. An active Facebook presence was then found for 16 of the brands, and their social performance was monitored for a one month period dating from January 9th 2015 to February 9th 2015 inclusively. For the purpose of this report, an engagement is a like, comment or share over Facebook. Following this we awarded one point for a like, two for a comment, and three for a share – based on their perceived value to the brand. These figures were then totaled to form the combined score shown in the below ranking.Note: Almondy’s Facebook post was not included in the analysis of posts because it was aimed at German consumers.