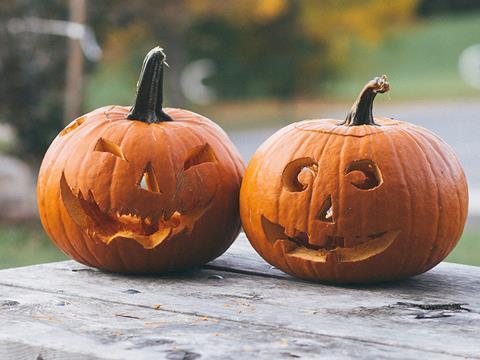 The summer heatwave means big pumpkins will be in short supply this Halloween.

High temperatures and low rainfall over the summer months restricted the growth of British pumpkins, which aren’t as big as usual, according to UK growers. Pumpkin farms in the south of England, which were most affected by the hot and dry weather, have reported a shortage of larger pumpkins.

As a result, the pumpkin harvest in the UK - which relies heavily on domestic production - was slightly lower than normal this autumn, putting upward pressure on wholesale prices as demand increases ahead of Halloween.

It comes as European producers have also reported difficulties with their pumpkin crops following adverse weather conditions this year.

In Spain, where hailstorms in May damaged pumpkin growing regions, wholesale prices are up 26% month on month.

In the Netherlands, the pumpkin harvest started four weeks earlier due to higher-than-normal temperatures during the growing season. As a result, the country’s production is set to fall 10% year on year.

However, Asda claimed this week its British growers have harvested over 1.6 million pumpkins for Halloween at an average weight of 4kg.

“To ensure each of the 1.6 million fruit we’ve grown this year is of the best quality possible, we take the time to walk the fields, dress our scarecrows and properly tend to the land.”

Rutika Ghodekar is an analyst for Mintec