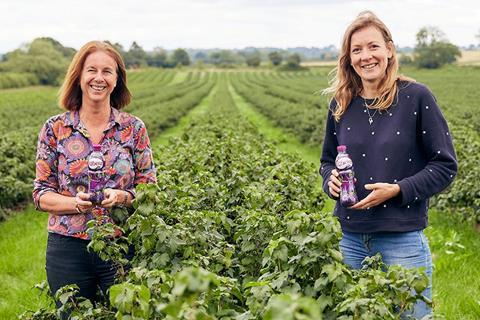 British blackcurrant growers are anticipating a “really good” crop this season thanks to a new climate-resilient variety, says The Blackcurrant Foundation.

Weather challenges were thought to have damaged crops but a harvest of more than 10,000 tonnes is still anticipated in the coming weeks.

This year has marked the first full crop of a new ‘climate resilient’ variety – the Ben Lawers - which Lucozade Ribena Suntory has invested £500k in. It has been produced in partnership with agricultural research centre The James Hutton Institute to boost quality and size of yields and has shown early promise, according to The Blackcurrant Foundation’s chairwoman, Jo Hilditch.

“With Ben Lawers you get a really consistent yield where everything ripens together. The ones that aren’t climate resilient give a real inconsistency of yield after warmer winters,” she said.

“We’re hoping for more tonnage going forward. We hope the fruit will grow better and that the quality gets better because it all comes on at the same time.”

Hilditch explained what makes the Ben Lawers variety more climate resilient than current varieties is its ability to cope with fewer ‘chill hours’ – the number of hours in which the temperature falls below 7°C. The variety needs as much as 25% less chill time than other types of blackcurrant.