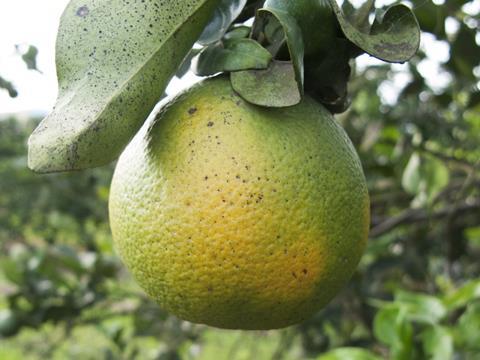 Fears are mounting that citrus greening disease could hit produce in the Mediterranean, leading to a surge in prices.

Researchers at CIRAD, the Centre for Agricultural Research for Development in Montpellier, warned last week Europe would not remain immune to the disease, which has devastated citrus crops in the US causing production to fall 60% between 2005 and 2017.

“If we do nothing in terms of prevention, we could end up suffering a major catastrophe, with citrus prices doubling or tripling because of the loss of many crops,” warned CIRAD researcher Eric Imbert.

Orange and mandarin trees are particularly susceptible to the bacterial disease, which cuts off trees’ flow of nutrients, causing them to wilt and reducing their yields and lifespan. Fruit grown on affected trees is often smaller than usual or deformed with a bitter taste making them unfit for sale.

However, UK citrus fruit importers say they are not concerned about an imminent outbreak in Europe. “Our procurement team haven’t mentioned any increase in vulnerability to citrus greening in Europe,” one importer told The Grocer. Other suppliers said South African fruit affected by citrus black spot & false codling moth, and canker in the Middle East, were higher priorities.

However, researchers at the Tropicsafe project, which specialises in minimising the impact of insect-borne diseases on tropical agricultural plants, insist growers remain vigilant. Although citrus greening has not yet been detected in the EU, vectors have been discovered on the Iberian peninsula and the risk of an epidemic in Europe is “very high”, they claim. Pest management will be key to prevention while scientists search for a solution.