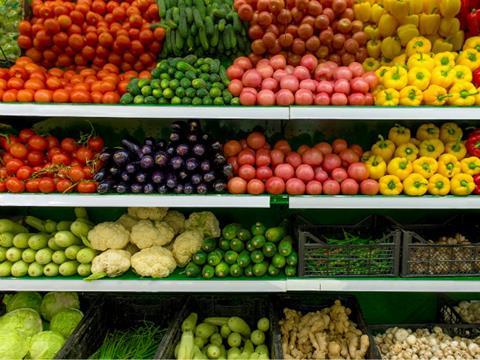 Tesco, Sainsbury’s and Birds Eye have joined the NFU and AHDB in pledging support for the Food Foundation’s Veg Power crowdfunding campaign.

The campaign, officially launched last Thursday, aims to raise £100,000 for a generic vegetable advertising fund with the goal of increasing veg consumption across the UK. At the time of writing, the crowdfund had raised upwards of £34,000, with the biggest single donation in the region of £20,000.

It comes after Peas Please released new figures suggesting increased consumption could benefit British farmers. Though fruit & veg farming took up just 3.4% of cropped land, they contributed a quarter of the total value of arable crops, said a spokeswoman for the initiative.

Meanwhile, the planted area dedicated to fruit & veg has declined over the past 30 years by more than a quarter, as more produce is imported. Now 54% of fruit & veg on shelves is grown in Britain, said Peas Please, down from 83% in 1988.

“Vegetables have been a significant part of the Birds Eye shopping basket, and our advertising, for over three generations,” said general marketing manager at Birds Eye Pete Johnson.

“This year, we are increasing TV and social media advertising by 42% because we believe veg is highly relevant to the needs of families.”

Peas Please suggested total availability of fruit & veg needed to increase by an estimated 33 billion portions per year to decrease risk of premature death, following the release of figures showing an extra portion of veg per day could prevent up to 20,000 deaths per year.

“As the NFU highlighted in its Fit for the Future report, increasing fruit and veg consumption is an incredibly important cause for the NFU, which is why it has committed its support to this campaign,” said NFU horticulture and potatoes board chairman Ali Capper.

“Our growers in the UK are among the most progressive and forward-thinking in the world. With the right policies from government and increasing national appetite, there is no doubt we can play our part in helping the nation increase their consumption of fruit & veg.”

Tesco chief product officer Jason Tarry added: “Creating healthier habits that stay with children as they grow up is hugely important. At Tesco in the last two years we’ve given over 50 million pieces of free fruit to children, and we hope our donation to the Veg Power campaign highlights the importance of getting more veg into children’s diets.”