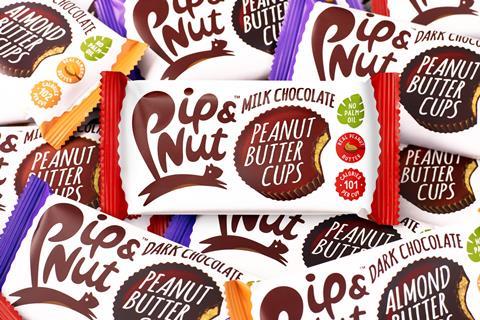 The Spitalfields-based startup – now stocked among all major UK grocers – gained the funding from HSBC UK.

The cash will support further expansion plans for the company, which in September 2019 and February 2020 launched a London Tube advertising campaign to drive awareness of its natural nut butters – containing no palm oil or refined sugars – and  three-strong range of nut butter cups.

“The financial package provided by HSBC will be instrumental in allowing us to maximise the working capital within our business,” said founder and CEO Pippa Murray.

“Our nut butter brand is continuing to grow – and quickly – and we have hugely ambitious plans that would not be possible without HSBC’s backing.”

Pip & Nut has been growing strongly during the coronavirus pandemic, closing its best quarter ever due to a “huge surge” in sales in March, both in grocery and online.

The brand also benefited from a switch from jam to peanut butter as Brits seek to be healthier, with sales of the nut butter overtaking those of jam for the first time in the UK, according to IRI data.

Guide for SMEs: Five small brands on coping with the coronavirus pandemic

“We’re delighted to be able to work alongside the company in its mission to expand by introducing new innovation and more extensive distribution, as well as support their continuing growth during a challenging time for businesses.”