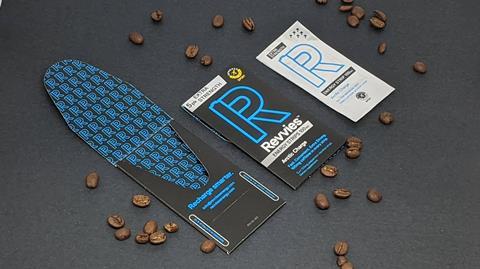 Performance nutrition challenger Revvies Energy Strips has closed a crowdfunding round having raised almost £170k to boost awareness of the brand in the UK and overseas.

It beat a target of £150k on the Seedrs platform, with 214 investors backing the company and a valuation of £3.6m.

The range of British-made energy strips dissolve on the tongue in seconds, which the Yorkshire business said provided “a faster, easier on the stomach boost” with fewer than two calories as well as being vegan and gluten-free.

Founded by husband-and-wife team John and Jacqui Nolan-Neylan in late-2014, Revvies expanded into the UK following a trial launch in Australia and New Zealand. It has since moved in the online market in the US.

Revvies UK plans were disrupted in 2020 by the Covid pandemic, with a planned retail launch postponed.

“Fortunately, Revvies Energy Strips are a small product that lends itself well to e-commerce, so we were able to pivot and become an Amazon UK top 10 bestseller in the endurance and energy category, helping us double our revenue through the pandemic, and gain over 15,000 UK customers,” John Nolan-Neylan said.

More than 400,000 packs of Revvies have been sold so far and the brand is stocked in more than 400 locations in five countries, including at Australia’s largest pharmacy group Chemist Warehouse and Decathlon Australia.

The business plans to grow the brand in the UK in the e-commerce channel and in speciality health stores and pharmacies. It aims to move on to the convenience market and supermarkets once awareness grows and the brand becomes established.

Cash raised in the crowdfunding round will be ploughed into further marketing to boost brand awareness in the UK and internationally.

Nolan-Neylan added the funding would also help launch the product into British retailers this year.

“It is really exciting as Revvies offers something completely new to the shelves, not just another variation of existing formats such as bars or drinks,” he said.

“We feel now is the perfect time to be launching as consumer demand for a low-calorie, fast-acting energy boost has never been higher.”

The brand is endorsed by a number of Olympic athletes and professional sports teams, including British marathon runner Charlotte Purdue and Australian long-distance runner Eloise Wellings.