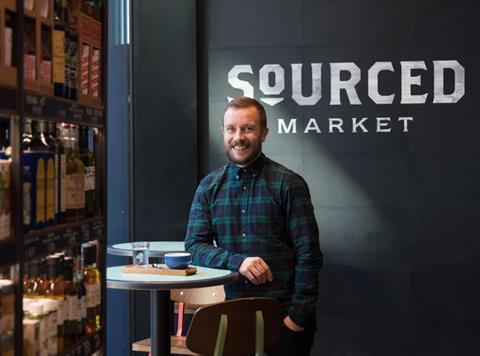 Co-founder Ben O’Brien said ’the primary aim is to open at least one further site, or possibly two, next year’

The London retailer, which currently has four stores at transport-focused locations, says it hopes to grow to 20 stores in the next five years.

Long-term plans will rely on continuing to secure additional funding, but on the back of its most recent crowdfunding campaign, the retailer said it would open at least one new store next year.

It is also in conversations to start a franchise model at UK train stations, as well as smaller food-to-go units on concourses.

Almost £800k has been raised to date via the Crowdcube campaign, which will remain open for another two weeks, offering potential investors a 7.3% stake on a £10m valuation.

The retailer, which has stores in Victoria, St Pancras station, Marylebone and the Barbican, reported £6.4m turnover in the year ended April 2018, with an £888k EBITDA loss.

It is negotiating a site near Waterloo, which it hopes to open in spring 2019 if a lease is secured.

Long-term plans to expand to 20 sites will need a further £3m to £5m raised further down the line, commented co-founder Ben O’Brien.

“We are in conversation with a number of funds, which could be the right move for us next time around when we are looking for a larger investment,” he said.

“The primary aim is to open at least one further site, or possibly two, next year.”

“As we are now, we probably have three sites which are serious contenders, which are all available next year in different parts of London, so we will make a decision on that in the next few weeks, but we are also looking at franchising into UK airports.

“We grew very quickly in 2016-2017, opening our site at Marylebone, Victoria, Barbican and the production kitchen in just over 12 months. Since then the focus has been strengthening our leadership team, and now the time feels right to expand to more sites.

“The campaign is about to close, but there are a few days left for people to invest.”

Sourced Market has previously secured investment from crowdfunding campaigns in 2013 and 2015, as well as from VC fund Pembroke, an arm of Oakley Capital, in 2014.