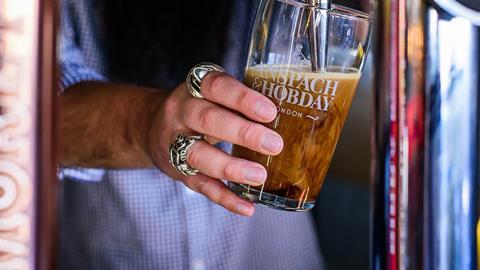 Why is crowdfunding still right for craft beer brands?

It’s not the only brand racking up hundreds of thousands of pounds in crowdfunding. Freedom Brewery raised £600,000 in May as it aims to become one of the largest craft lager breweries in the UK. And in the same month Duration Brewery launched a round that would ultimately raise £400,000, in part to add “an immersive taproom”.

But with the pandemic having prompted major retailers to rationalise their craft beer ranges, why does such appetite for crowdfunding persist among brands and investors?

On a more modest scale than some others, this month sour specialist Vault City used nearly £45,000 in crowdfunding to open its second taproom near its brewery in Portobello near Edinburgh. It includes an “intimate” capacity of 42, 36 taps and a ‘low and slow’ American BBQ food operation.

Such fundraising efforts are in a long tradition of craft breweries turning to enthusiastic fans for expansion.

BrewDog, for example, first asked its customers for cash in 2009, and has since raised over £100m through its Equity for Punks crowdfunding scheme.

Many argue that the pandemic further entrenched a sense of community around craft beer brands. This has fitted in nicely with crowdfunding, says Christian Perrins, founder of Perivale Brewery. His brewery focused more on its local community in west London in lockdown, as consumers “pretty much ordered everything we brewed every week on the website”. Perrins says when the brand next scales it will hope to increase penetration in its local area, making crowdfunding an appealing route.

“The pandemic really reinforced the value of community about your business,” agrees Jack Hobday, executive chairman of Anspach & Hobday. “That might be too hard to ignore when you’re looking to raise money.”

Anspach & Hobday hasn’t ignored it. The brewery raised £660,000 in its second crowdfunding round in November 2021 to support the growth of its London Black nitro porter, “a local answer to Guinness”.

Such efforts can build brand awareness as much as tap it. Ceek Marketing MD Charlie Terry – who has worked on the brand profile of Small Beer – notes that crowdfunding grows your audience among those browsing relevant platforms. “Because they are micro investments you’ve got more investors, which makes more people part of the movement. They become brand advocates.”

Small Beer’s last crowdfund round in February 2022 raised more than £800,000, with the money earmarked for expansion at home and abroad. It’s a sign that the pandemic has not dented the ambitions of some craft beer brands.

Crowdfunding for such efforts may only become more attractive given the current shaky  economic climate. One reason the model has become popular among craft breweries is that more conventional financing can be relatively inaccessible to them even in better times, says Hobday.

Bank loans are one example of this. “Small businesses can easily be paying between 8% and 10% interest for loans of the size that they might be looking to raise,” he says, noting that larger businesses get better rates. 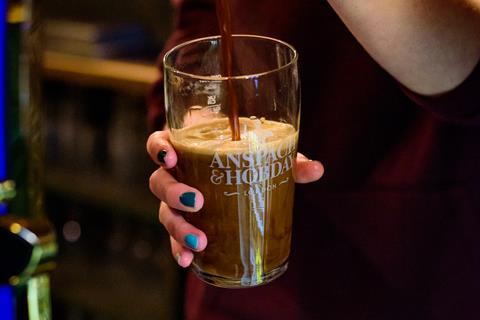 “The pandemic really reinforced the value of community about your business”

Anspach & Hobday has previously used asset financing to buy equipment, but this too has drawbacks. “There’s a limit to how much that can be done because that rate can wipe out your ability to pay for other things while you pay off the interest,” Hobday says.

Any ambitious brewery therefore has limited options when it comes to raising capital. That may be why the model keeps going strong, even after criticism of BrewDog’s Equity for Punks scheme. A BBC documentary in January argued it offered unfavourable terms to investors – claims BrewDog has rejected as inaccurate.

Judging by the amount raised by the likes of Gipsy Hill, Freedom Brewery and Duration, investor enthusiasm hasn’t diminished, either. And for Perrins, if the controversy over BrewDog has made them savvier, it’s “no bad thing”.