Abandon the moral high ground! We need positivity around food 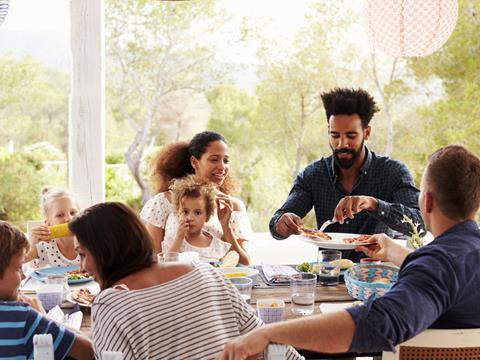 First there was clean eating. It promised (no guarantees) that if you cut out meat, fish, dairy, gluten and grains from your diet, you would glow with wellness. Then there was paleo, in homage to cavemen, meaning you could eat as much meat, fish and dairy as you liked, but no grains. Almond milk and grain-free granola was apparently a big hit with paleo man.

Now it’s vegetarianism and veganism, promising to save you from cancer and early death and save the animals while you’re at it, if you believe What the Health and other propaganda films masquerading as documentaries on Netflix. You can eat as much gluten as you like on these, which is unusual, but bread without the butter is a bitter win.

All these regimes are defined by cutting out types of food, which is odd in itself if you aren’t forced to by an allergy, but to follow these diets is also to claim the health and moral high ground. You are clean and you care, presumably meaning those of us still eating ham and cheese toasties are filthy dirty and don’t care.

This messaging madness is compounded by a series of disconnected campaigns telling us to eat five, or, seven or now three portions of fruit & veg, and keep the satfats down, except actually that research has been debunked; and don’t forget to reduce sugar and salt too.

At a time when obesity and diabetes are the biggest health issues in the country, I’m convinced that what we need is to reconnect with food, through education - by which I mean growing and cooking food, then eating it. Currently what we have in place is a series of disconnected campaigns about single ingredients combined with celebrity-led exclusion diets. The only possible outcome is to leave us confused and worried about food.

When I grew up, last century, the story was very different. If I’d said that I couldn’t eat eggs or gluten, I would have been pitied and considered ill. The story has completely changed since then, but that means it can change again. So let’s have some positivity and fun around food. It’s not simply fuel - eating is a social activity, and growing and cooking food are highly therapeutic activities.

So let’s raise a glass to the ‘Eat Everything with Friends and Family’ diet.