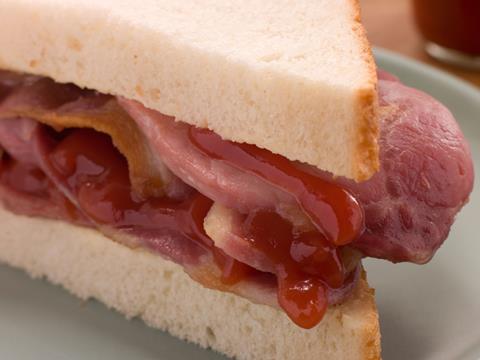 The World Health Organization’s bombshell report linking processed meat to cancer has wiped an estimated £3m off bacon and sausage sales across the major supermarket in just two weeks, The Grocer can reveal.

According to exclusive data from IRI Retail Advantage, value sales for pre-packed bacon plummeted 17% in the week after the WHO’s International Agency for Research on Cancer published a report last month concluding processed meat was a carcinogen.

IRI said this represented an incremental sales drop of 10% “due to the scare”, equivalent to around £3m. Other pre-packed meats also saw a decline in sales, down 10% overall according to the data, but fresh meat products and associated foods such as eggs were not negatively impacted.

“This announcement from a highly respected global body was picked up widely by the media and has had an immediate impact on some people’s shopping choices,” said Martin Wood, head of strategic insight, retail solutions & innovation at IRI, with the trend consistent across all the major retailers. And it was premium products that were most affected, suggesting the science had resonated most with “more educated” consumers.

Sausage producers have reacted furiously to being dragged into the WHO cancer scare, pointing out fresh British sausages wouldn’t be classified as processed meat according to the WHO’s own classifications.

Northern Irish sausage producer Finnebrogue has threatened to take legal action against the WHO over the report’s claims. It experienced a 20% slump in sales in the first week after its publication and almost 12% in the second week.

”We have experienced a short term dip in sales as a result of the WHO report, as is evident in the market, but my main concern is that the inaccurate classification of the Great British sausage as a ‘processed’ meat is misleading the public and causing undue concern,” said MD Denis Lynn. “This inaccurate classification if left unchallenged could unfairly slow the growth of top teir sausage within the UK market.”

However, not all sausage companies have suffered, with Debbie Keeble claiming Heck enjoyed its “biggest week ever” in the wake of the report. “We sold 70 tonnes of sausages in a week,” she said.

AHDB Pork said the latest Kantar figures - which include discounter sales - showed a more modest dip in sales, with bacon volumes down 5.3% in the four weeks ending 8 November 2015 and pork sausage volumes down 6.6%.

AHDB Pork head of marketing Kirsty Walker claimed major bacon and sausage manufacturers were “already seeing a recovery in sales” and stressed there was no impact on farmgate prices. “It’s reassuring to know sales are back to normal in most areas.”

Since publishing the report, the WHO has moved to clarify that it did not recommend consumers stop eating processed meat, but to lower consumption, but instead suggested reducing consumption could reduce the risk of colorectal cancer.