Bacon being spurned by millennials at breakfast says survey 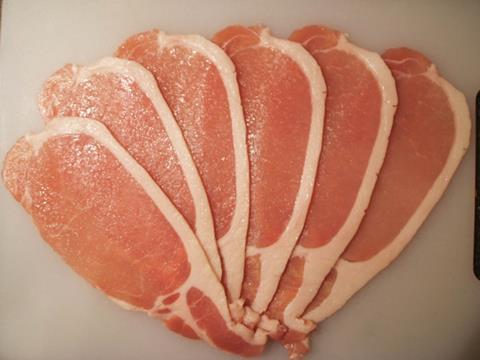 Health-conscious millennials are turning their back on the traditional English breakfast fry-up, new research has found.

A poll of breakfast eating habits among 2,000 people across the age spectrum found more than a quarter of 18 to 24-year-olds said they no longer include bacon in their breakfast.

Some 22.6% still “go to work on an egg”, but scrambled is overtaking fried as the egg of choice, the survey from kitchen appliance retailer and repairer Glotechrepairs.co.uk suggests.

The survey also found that women are much more likely to pick breakfast up on their way to work rather than eating before leaving home, leading to more than a quarter admitting to snacking throughout the morning.

But women also appear to be more frugal and spend 55p less on breakfast foods than men each week.

The average Brit spends £6.88 a week on breakfast. A bowl of cereal is still the most common breakfast with 59% of people regularly choosing it, followed by toast for 51%, porridge for 34.8% and an egg for 22.6%.

The Agriculture & Horticulture Development Board announced in January that bacon sales had mostly recovered from the 17% dip in the weeks following the World Health Organization report last November linking processed meat to cancer.

However, they are down 4% three months on from the publication of the report.

Anna Daniels, a dietitian and British Dietetic Association spokeswoman, said: “With the growing emergence of social media, teens and adolescents are increasingly aware of their eating habits.

“There is a worry that this can be taken to the extreme as a little bacon in a full English occasionally as part of a balanced diet would be perfectly harmless.

“I think a slightly more concerning finding from the study is that more and more people are eating on the go.”

Picking up breakfast on the way to work and not eating it at home left people more likely to eat pre-packaged and processed breakfasts that might be higher in sugar and salt, she said.