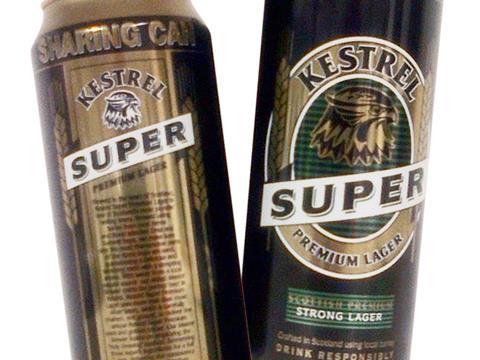 Cider manufacturers have been warned they could be next in a growing industry purge of high-strength alcohol products.

The decision means supermarkets, off-licences and c-stores will be told not to place orders for any of the 500ml lager cans after 31 March.

Industry experts said they expected future action against other products, including ciders such as Frosty Jack’s and Diamond White, with Labour setting out plans last week for sales of cheap high-strength white cider to be outlawed.

“If I was a manufacturer of high-strength cider I would be looking carefully at what I’d do because clearly it is the poster boy of the street drinker,” said one source.

The Portman Group’s move last week comes after leading supermarkets pledged to remove high-strength cans of alcohol as part of the Responsibility Deal. This has prompted some to accuse The Portman Group of “regulation by stealth.” One supplier said: “There is huge anger over this. It’s a massive leap from having a voluntary deal to forcing products to be removed.”

But Sarah Hanratty, Portman deputy CEO, said the IPC panel was “fiercely independent” and could take action against any product if a complaint was upheld.

Nigel McNally, MD of Brookfield Drinks, producer of Kestrel Super and Diamond White, said the focus on high strength was unfair, and it would not back the Responsibility Deal pledge until there was a “level playing field.”