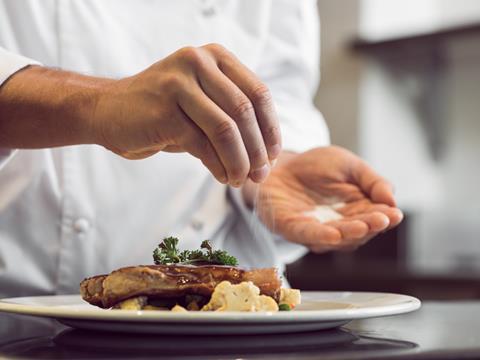 Consuming more than 2 grams of salt a day has been linked to 1.6 million deaths from heart disease annually worldwide

Consuming more than 2 grams of salt a day is a major contributing factor to more than 1.65 million deaths from heart disease every year, new research has suggested.

Scientists analysed over 200 surveys of sodium consumption accounting for nearly 75% of the adult population of the world, using a separate study to determine the effects of sodium on blood pressure and cardiovascular disease risk. They found that in 2010, people ate on average almost 4 grams of sodium daily, compared to the 2 grams advised by the World Health Organisation (WHO).

The study suggested that four out of five deaths linked to sodium consumption occurred in middle and low-income countries, while two in five occurred before the age of 70.

The worst offenders in terms of sodium consumption were central Asians, who consume an average of 5.51 grams per day, the study found.

Northern Americans were found to consume on average just over 3.5 grams of sodium a day, whereas for sub-Saharan Africans the average was only 2.18 grams.

However, the researchers found that too low an intake of sodium could also be harmful; a daily intake of less than 3 grams was also associated with an increased risk of mortality from heart disease. An intake of 3-6 grams was associated with the lowest risk - a finding that may encourage calls for the WHO’s daily guidelines to be revised upwards.

The paper, entitled ‘Global Sodium Consumption and Death from Cardiovascular Causes’, was funded by the Bill and Melinda Gates Foundation and was published today in The New England Journal of Medicine.

“These 1.65 million deaths represent nearly one in 10 of all deaths from cardiovascular causes worldwide – no world region and few countries were spared.”