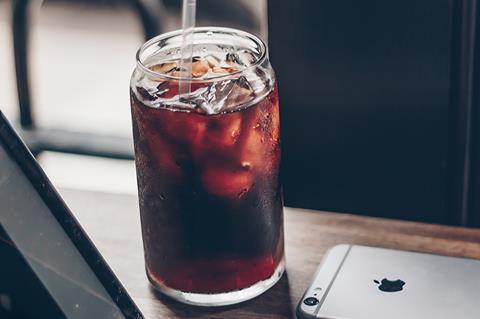 Public Health England’s (PHE) latest results from the soft drinks industry levy suggest the ‘sugar tax’ is working. But scratch that surface, and the data tells a different story. One in which an existing long-term health concern has potentially just been swapped for another, less clearly defined, problem.

The sugar tax introduced in 2018 was designed to help tackle obesity and drive healthier consumer habits, and PHE’s statistics show a 28.8% reduction of sugar per 100ml in retailer own-brand and manufacturer-branded products.

However, the Erudus data also reveals the cost at which this reduction in sugar has come. Food manufacturers have worked hard – quite understandably spending vast amounts of time, money and effort to reformulate their products and develop new recipes in the reduced and sugar-free category. Unfortunately, the overwhelming result of this development push has been an increased use of chemical sweeteners within the ingredient makeup.

In the period from October 2017 to October 2019, the percentage of soft drinks containing the much-debated sweetener acesulfame rose from 6.8% to 25%, while an additional 9% of drinks introduced the equally divisive aspartame. Whilst, like sugar, these chemicals are deemed ‘safe for consumption’ by recognised medical organisations, they have been linked to health problems in the press.

Some manufacturers, in a bid to distance themselves from sweeteners with a controversial reputation, have moved towards alternative sugar replacements like xylitol and sorbitol, which had little to no presence in the market back in 2017, pre-levy.

Common sense tells us that if you consume high volumes of sugar, neglect to follow a balanced diet and fail to exercise you will suffer health issues further down the line, and we know that those issues will likely be linked to obesity and Type 2 diabetes. But when it comes to chemical sweeteners, not only do we not know the potential extent of any associated long-term health risks, we can’t comprehensively say what they might be. If the sugar tax were really to be considered a success, it would simply resolve the problems we have already.

So how could the government go about achieving that? Taking the emphasis off simply removing sugar from products is key. At the moment, that is PHE’s primary focus and has only resulted in manufacturers ploughing their resources into product reformulation, something we can already see has not had any real impact on driving healthier consumer behaviour. If PHE were to prioritise educating consumers on nutrition and helping instil better habits it would help offset the introduction of new chemicals into their diet – something that is inevitable because of the competitive soft drinks market.

Critics, unimpressed by what they consider to be disappointing results from 2018’s soft drink levy, are now calling for even harsher sugar taxes to be applied across the whole food industry. But when it comes to national health, the data suggests that alone won’t be enough.