Kellogg's and Nestlé under fire for sugar variations globally 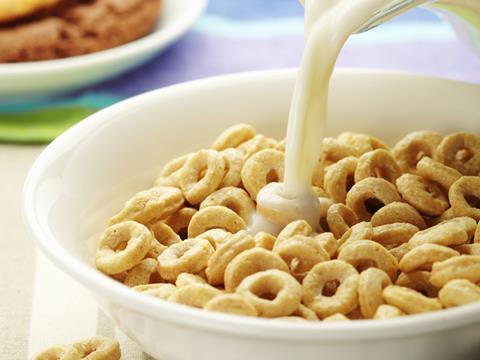 Kellogg’s and Nestlé have come under fire from campaigners for huge variations in both sugar and salt levels in the brands’ cereals globally.

In a survey compiled by World Action on Salt & Health, which looked at 19 Nestlé and Kellogg’s products in 29 countries, 34% of cereals surveyed were above the UK salt target for breakfast cereals, and 58% contained high levels of sugar despite lower levels in many countries. Kellogg’s Frosties contained between 30g-41.3g of sugar per 100g across various countries.

The recommended maximum sugar intake for a four to six-year-old is three to five teaspoons, or no more than 19g per day, according to the official UK advice on sugar. But in the UK, Kellogg’s had 37g of sugar per 100g - equivalent to nine teaspoons.

The Wash authors claimed the variations mean sugar and salt levels could and had been reduced in some countries, and challenged brands on why these recipes with healthier levels had not been extended globally.

“It’s evident that popular breakfast cereals can be manufactured with less salt and sugar, and manufacturers need to do much more to improve their reformulation efforts across all countries,” said Saadia Noorani, public health nutritionist at Wash.

“Our findings clearly show that both sugar and salt content varies among the same breakfast cereal sold in different countries with huge differences,” said Noorani, who believes these differences are down to differing recipes and manufacturing plants. “We can see that some countries are supplied with the exact same product while others are offered a different product with higher levels of salt and sugar.”

Wash is campaigning for Kellogg’s, Nestlé and other food manufacturers to reduce the salt and sugar content across their portfolios to reach the global WHO target of 5g of salt per adult per day and 25g of free sugars per day.

Salt levels also differed, with Kellogg’s Special K ranging from 0.9 to 1.67g per 100g. Kellogg’s Corn Flakes contained the highest levels of salt of those surveyed, with 1.93g per 100g in the cereal sold in India - 46% more than the same product in Argentina and Brazil.

“Kellogg’s and Nestlé are the two main global manufacturers of breakfast cereal and they need to demonstrate that they can act in their customers’ interest to reduce sugar and salt levels to help save lives,” said Professor Graham MacGregor, Professor of Cardiovascular Medicine at Queen Mary University of London, and chairman of Wash. “It is shocking that breakfast cereals still contain extremely high levels of salt and sugar.”