Our food is full of metals and contaminants. So what’s safe? 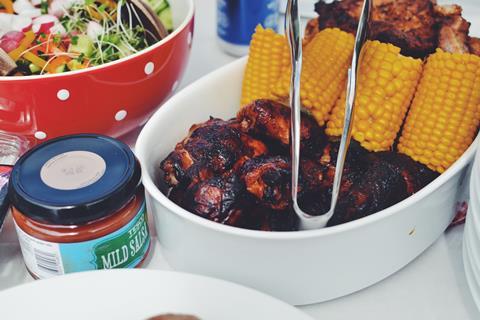 Some contaminants are naturally occuring and others can arise during cooking, for example when food is charred

Contaminants and metals can occur naturally or as a result of human intervention. There is a key difference between the two: while metals are part of our everyday life and some can even play an essential part to our health and wellbeing, the same cannot be said for contaminants.

There are many types of contaminants. Some are naturally occurring such as plant toxins (including cyanogenic glycosides that are specific to a limited number of food types such as raw apricot kernels) or more generally as mycotoxins that can be formed in a variety of foods. Another source of contaminants can arise during cooking or processing and this class includes polycyclic aromatic hydrocarbons, for example when food is charred, for example from barbecues. A third source of residues originates from agricultural interventions that are used, legitimately, in food production – such as from pesticides or veterinary medicines, or as a result of process contamination.

Contaminants can also be present in foods as a result of human or industrial activity that results in pollutants reaching the food production process. Examples here include dioxins that can be formed from combustion processes, per- and poly- fluorinated alkyl substances that are used to waterproof fabrics, stain repellents to protect carpets and furniture and chemicals used to manufacture non-stick cookware – even some types of greaseproof paper and card used for food packaging.

Ultimately, contaminants can result in a wide range of adverse human health effects. These include neurological effects, decrease in IQ, cancer, impairment of immune system, reproductive effects and more. Consequences are mainly chronic (ie long-term) rather than acute (short-term) effects.

While most metals occur naturally (from mineral sources, for example), environmental sources are the main contributors to contamination of food. Metals and other elements may also enter the food chain at any point during growth and harvesting, through to storage and processing. For instance, the presence of metals and other elements in food can be the result of contamination by certain agricultural practices, such as cadmium from phosphate fertilisers, or from manufacturing and packaging processes, as from aluminium and tin in canned foods.

Metals can be present in foods either in their inorganic form or as part of an organic compound. For instance, arsenic has inorganic and organic forms, and due to its solubility, levels are higher in the aquatic environment than on most areas of land. As a consequence, levels of arsenic in fish and seafood are usually high. Most arsenic in the diet is present in the less toxic, organic form, but the inorganic form is the more toxic and is a known genotoxic carcinogen. There have been several reports in recent years about concerns with arsenic in infant foods containing rice-based cereal, with claims it could cause a drop in children’s IQ. Mercury can also exist in inorganic and organic forms in food, but in contrast, it is the organic forms, such as methylmercury, that are more toxic to humans. Another major source of metals and other elements is as a result of pollution from industrial processes or vehicle emissions, all of which can contaminate food crops.

Of course, it is important to remember that some metals and other elements are essential to life, such as iron, but so are many more metals and elements (manganese, magnesium, and molybdenum). Defficiencies in other elements can be harmful in other ways. Perhaps the most extreme example is selenium, a nutritional element found in particularly high concentrations in brazil nuts, where it is recommended for most people to consume at least 50-70 µg per day, but more than 400 μg per day may give rise to adverse health effects.

While metals are part of our everyday life and indeed some play an essential role in our health and wellbeing, it is not always straightforward to class metals as either ‘good’ or ‘bad’. Overall, people can be exposed to metals either directly from the environment, or by ingesting contaminated food or water. Their accumulation in the body can lead to harmful effects over time, so it is therefore important to know about the levels present and their chemical form.

Fera Science analyses foods for a range of metals and other elements to include the forms in which they are present and their resulting potential risk to health. Fera also offers an analytical service for other classes of contaminants and residues to cover areas of most concern to food businesses.