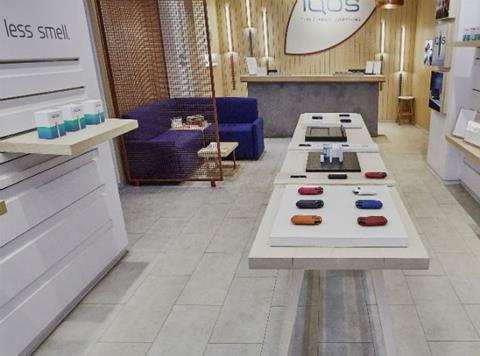 Philip Morris International has launched a new website and campaign this year to provide UK smokers with information on quitting cigarettes.

The move is part of PMI’s plans to shift smokers away from traditional cigarettes and deliver what it calls a ‘smoke-free future’.

The tobacco giant took out a number of high-profile newspaper ads yesterday to publicise its own New Year’s resolution that, like many smokers at this time of year, it was also “trying to give up cigarettes”.

As well as the new smokefreefuture.co.uk website, PMI said it will offer to support local authority cessation services in places where smoking rates are highest. It is also seeking government approval to insert information on quitting and switching to heat-not-burn tobacco products such as IQOS and e-cigarettes into its cigarette packs. There are currently strict regulations around tobacco packaging which would prevent this sort of messaging.

Finally, it said it would expand the availability of new, alternative products in the UK. The Heets refills for IQOS are currently stocked by about 1,000 independent retailers in and around London, while the devices are only available online and from three dedicated IQOS stores in the capital. At the end of last year Sainsbury’s became the first multiple retailer to start selling Heets.

“Philp Morris is known for cigarettes. Every year, many smokers give them up. Now it’s our turn,” said the ad.

“Our ambition is to stop selling cigarettes in the UK. It won’t be easy. But we are determined to turn our vision into a reality. There are 7.6 million adults in the UK who smoke. The best action they can take is to quit smoking. Many will succeed. But many will continue to smoke. That’s why we want to replace cigarettes with products such as e-cigarettes and heated tobacco, which are a better choice for the millions of men and women in the UK who would otherwise not stop smoking.”