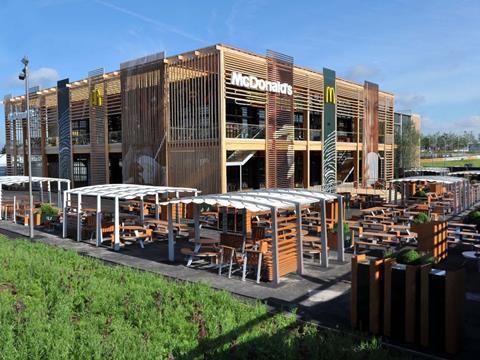 McDonald’s: has still not signed up to calorie pledge

The government held talks with the food industry this week in a bid to breathe life into its troubled Responsibility Deal.

Health minister Jane Ellison had called on companies to explain why key elements of the Deal were struggling and launched a review on whether the voluntary approach, introduced by former health secretary Andrew Lansley in March 2011, was working.

Dozens of companies were represented at the meeting on Monday, having received a 213-question survey from the DH.

A report by Public Health England is understood to have been presented, showing widespread public mistrust and lack of understanding of the Deal.

“The government is asking the industry ‘what can it do differently?’” said one industry source who attended. “Ellison is very intent on understanding why there have been problems in areas like broadening the uptake of the deal and in the communication of what it has achieved.

“My feeling is the Conservative Party in particular wants to maintain the voluntary approach but it wants to know exactly what the criticisms are from the public and industry.”

Measures being considered by the DH include strengthening the calorie reduction pledge with the possibility of specific new action on sugar and fibre, following a draft report on carbohydrates by SACN in the summer. It is also desperate to tackle ongoing problems with lack of sign-up. Eight of the top 10 out-of-home caterers on the high street have not signed up to the calorie reduction pledge, including McDonald’s, Costa coffee, and Greggs.

The out-of-home calorie labelling pledge has only two branded restaurants - Pizza Hut and Yo! Sushi. Last week, Aldi joined Tesco and Lidl in announcing a ban on guilt lanes, but moves for a much wider voluntary clampdown on foods high in fat, sugar and salt have been repeatedly rebuffed by the industry.

“We have seen great progress in reducing salt, calories and on labelling front-of-pack information through voluntary action and remain committed to the partnership approach,” a DH spokeswoman said. “Monday’s Food Network meeting allowed the industry to share success stories and views on how the partnership could work better. We want to build on the partnership so it develops further and know we need to have the industry on board for this to happen.”