Running out of ideas? Diet advice gets even more confusing 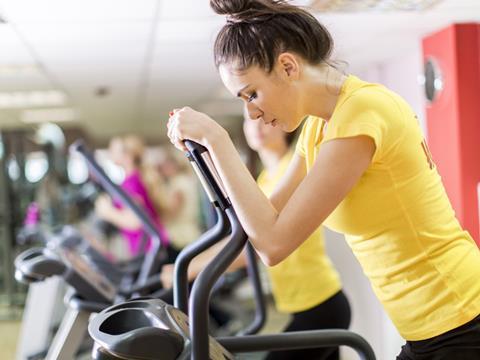 So can you outrun a bad diet or not? Reading some of the contradictory calls for action coming from the health lobby of late, it looks like even experts can’t make up their minds, let alone poor, bamboozled Joe Public.

Just a few weeks ago, on the back of the chancellor’s sugar levy bombshell, Shirley Cramer, the Royal Society for Public Health chief, was among those arguing George Osborne was right to single out soft drinks because they represented “dead calories” with no “other nutritional benefit”.

This week, in an article in the BMJ, the woman who heads up more than 6,000 health specialists suggested a can of fizzy drink should carry a label saying consumers could burn off its effects with little more than a 20-minute stroll up the road.

The latest call, for activity equivalents to calories contained not just in soft drinks but across the spectrum of food and drink products, shows just how confused the message is on how to speak to shoppers about health.

A few weeks ago, the focus was firmly on sugar. Now it is back to calories and – appropriately, given it came out on the World Day for Physical Activity yesterday – it was yet another demand for what should go on the front of pack. So far this year alone we have had suggested sugar teaspoons, sugar lumps, kite marks and health warnings.

Yet the article came almost a year to the day after another piece in the BMJ, which argued it was time to bust the myth that you can outrun a bad diet. Its author, Dr Aseem Malhotra (a keen runner as well as top cardiologist) is, like Cramer, one of the leading supporters of the sugar levy. What must he and the other myth-busters think of the latest piece published this week?

As for suppliers, I suspect many may actually go for the idea of activity labelling. You can imagine a can of sugary fizzy drink with a shapely swimmer or a hunky jogger on the front, holding up the number of calories needed to be burned off so you could have another one. Manufacturers would certainly prefer that to the images of tooth decay that some in the health lobby have suggested, in line with cigarette warnings.

So what’s it to be, then – rotten teeth or running?

Exercise labels might be easier for consumers to understand than the official DH system of front of pack traffic lights, which is sadly failing to make the impact the DH had wanted. But they won’t cover sugar intake or the proportion of calories coming from sugar/fat/fibre etc. And the fact is the amount of calories a consumer burns varies hugely from person to person.

All the more reason then why David Cameron, often seen jogging off those ‘full-fat’ fizzy drinks himself, should get on with publishing his ‘fully rounded’ obesity strategy. Then the industry would know where it stands and see if – among all the confusing messages – there is some sort of joined-up approach to be salvaged after all.