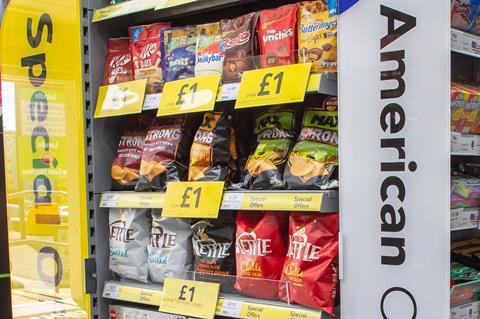 Supermarkets should swap aisle-end promotions of foods high in salt, fat or sugar with deals on healthier products, according to a new report by IGD.

The industry’s training and research charity also called for point of sale marketing in stores to highlight the benefits of healthy products.

IGD said supermarkets needed to ramp up their use of so-called “nudge tactics”, as 66% of consumers were changing their diets to be healthier or more sustainable.

However, more than 40% of consumers perceived healthy food to be too expensive, making it the biggest barrier to change.

The report follows a government consultation on a major clampdown on promotions in stores, which would force consumers to switch towards healthier products. These plans have been put on hold because of Brexit and the coronavirus crisis.

IGD found health was by far the biggest driver of ongoing changes in diets. Fifty-eight per cent of consumers said it was their motivation, compared with just 15% who said they were changing their diets to try to have a more sustainable lifestyle.

However, while shoppers were trying to be more healthy, their diets in reality often bore no relation to the recommended Eatwell Guide, showing what IGD called a “gap between knowledge and action”.

It called for supermarkets to position “healthy and sustainable products in prime positions in-store, for example plant-based options next to meat options” to encourage shoppers to “browse and experiment”.

Retailers should also “use eye-catching signs to make the right choices easy and clearly highlight the benefits of healthy and sustainable products over any perceived negatives”, it said.

It said supermarkets should make it easier for consumers to take “small steps” towards more sustainable diets “for example adopting ‘meat-free Mondays’”.

“Our main aim is to ensure the industry is doing what it can to ease this transition to healthier diets,” Anne Bordier, IGD charity programmes director, told The Grocer. “We don’t yet have all the answers but there is clearly a real appetite for change and it’s now about trying to establish a direction of travel so the industry can nudge people towards healthier choices.”