The sugar tax: five things you need to know 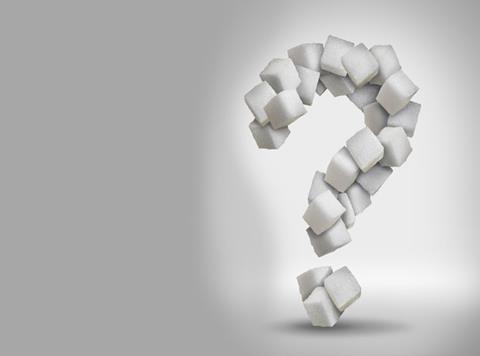 1. It’s not an overnight change…

The long-awaited soft drinks industry levy has officially come into force today. But that doesn’t mean we’ll immediately see price hikes on red Coke. The tax only applies to drinks that leave the premises in which they are packaged from 6 April. Drinks in the shops today - which would have left the premises well before that date - should in theory be the same price. So technically, there should be a gradual introduction of the tax as these new products filter through to retailers.

That hasn’t stopped some retailers getting ahead of the game, though. While prices of sugary drinks have largely remained the same at Morrisons, Sainsbury’s and Asda, there have been several hikes at Tesco. The price of 12 mini 150ml Coke cans has shot up from £4 to £4.52, while the price of a 1.5-litre bottle of Pepsi has gone up from £1.39 to £1.80. Coke has also taken a proactive stance by reducing the size of some of its bottles - the 1.25-litre bottle has shrunk to one-litre, while a 1.75-litre bottle is now 1.5 litres - to keep them the same price as before the tax.

3. There are some controversial exemptions

The sugar levy applies to producers of soft drinks containing more than 5g of added sugar per 100ml. Those who fall into this category will pay a bill of 18p per litre for drinks containing 5g to 7.9g, and 24p for anything containing 8g or more. However, there are some exceptions to the rule. Producers of fruit juices and dairy drinks, and manufacturers producing less than a million litres a year, will not pay the levy however high their sugar content may be. The exemption of dairy drinks has proven particularly controversial, and may not be long-lasting. Last year, the government in effect warned that dairy drinks manufacturers could find themselves subject to the levy at some point in the future unless they agreed to reduce sugar voluntarily. 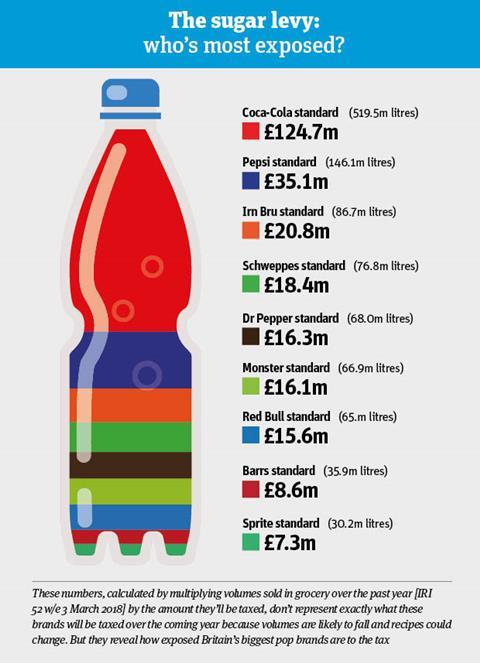 Unsurprisingly, classic Coke is the most affected by the sugar tax, purely by virtue of being the biggest-selling sugary soft drink in the UK (racking up sales of £619.8m over the past year, according to IRI). If it sells this much again next year, it could run up a bill of whopping £124.7m, being subject to the higher 24p a litre rate. But this is unlikely to happen, as Coca-Cola fully expects sales of its Diet and Zero Sugar variants to pick up (Zero Sugar is already in impressive growth, having added a cool £39m to its sales over the past year, according to Nielsen figures).

To avoid this 24p per litre hit, several big names have changed their recipes in favour of a lower-sugar formula. The reformulation of Lucozade Energy provoked a backlash from consumers. “We’re proud to have taken a leading stance and believe these steps have future-proofed our brands for our customers and their consumers,” says Lucozade Ribena Suntory sales director Scott Meredith. But consumers seem to have voted with their feet; the brand lost £62.6m in the past year, according to IRI data. There have also been reports of consumers stocking up on Irn-Bru in anticipation of a recipe change that will cut out 50% of sugar (a petition against the reformulation has racked up more than 52,000 signatures and counting).

Some brands, such as Vimto, have gone down a gradual reformulation route to avoid such a backlash. “We have reformulated through various stages - I can best describe it as weaning process,” says Ed Jones, senior customer marketing manager at Nichols, whose portfolio is now entirely tax exempt. “When we were taking the sugar out from Original Vimto there were no obvious taste changes. The impact was so positive we went from doing it in three stages to two.”

Hosted by The Grocer, the live #SugarLevyExplained webinar will bring together top suppliers, buyers and consumer experts to consider the impact of the tax and answer viewers’ questions. It looks at who has reformulated what, the role of artificial sweeteners, how retailers are responding, and the impact on prices.