The UK is a processed food nation 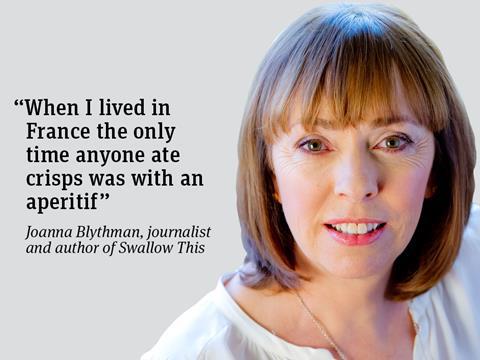 Britons have the worst diet in Europe’, the headlines howl. Over half the food we eat is ‘ultra-processed’, four times greater than in France, Greece or Italy, and five times higher than Portugal.

But is this really front page news? You only have to step on to mainland Europe to be reminded of this fact. Every time I go abroad it’s a real downer coming home. It’s quite brutal to leave behind a world of street markets and small shops selling decent food, and people with generally civilised dining habits, to once again navigate the frigid terrain of the British supermarket, where fruit & veg is mummified in plastic and so much else comes ready-prepared in a box.

I wonder what Europeans make of British food habits - the obligatory crisp aisle, the skyscrapers of sweet, fake drinks? When I lived in France the only time anyone ate crisps was with an aperitif. Children mainly drank water; adults, water, wine and coffee. As for the workaholic Anglo-American habit of eating lunch at your desk, the French see that as a sordid form of self-neglect or Teutonic barbarism.

Britain took to the lamentable US habit of snacking on the hoof like a duck to water. Not Italians. In the land of la bella figura, walking while eating and drinking is not considered a good look. And why on earth would your average Neapolitan or Milanese bother with lugging around an ugly plastic carton of scalding liquid when there’s an independently run bar on every corner that knocks up your espresso in seconds?

Greece does fast food - gyros, spit-grilled meat with salad and dips, all rolled up in pitta bread - but that’s a balanced meal by British standards. Spaniards just won’t settle for eating the retail equivalent of airline meals. When they don’t want to cook they eat simply treated ingredients; sliced jamón, ripe tomatoes crushed on bread; an honest tortilla; some marinated fish. I don’t see them coughing up for a Tesco party food selection.

In the UK and the US it’s all too easy to slip into the mindset that eating heaps of over-processed junk is the way of the world. The truth is that the UK and the US are this planet’s backward nations when it comes to food. Other countries know better.