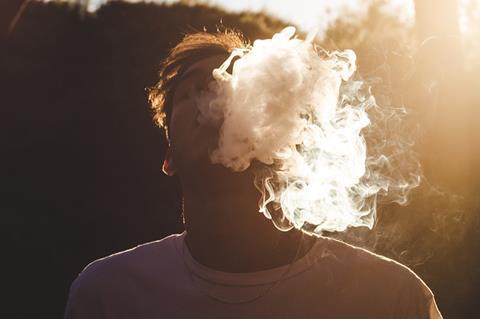 The incidents in the US appeared to be linked to people using illegal liquids, according to the UK Vaping Industry Association

Public Health England and the UK vaping industry have distanced themselves from the growing disquiet in the US about the effects of alternative tobacco products on health.

The Centers for Disease Control and Prevention (CDC) in the US reported last week a “multistate outbreak of lung disease” associated with vaping - with at least six deaths implicated.

Some 380 cases of lung illness were reported from 36 states and one US territory - all “with a history of e-cig product use or vaping”.

The CDC said no specific e-cigarette or vaping product or substance had been identified that was linked to all cases.

“Until we know more, if you are concerned about these specific health risks, CDC recommends that you consider refraining from using e-cigarette or vaping products.”

UK Vaping Industry Association spokesman Dan Marchant said it appeared that “the incidents in the US are linked to people using illegal liquids - most likely black-market marijuana products”.

“Products such as these are illegal in the UK, which is why there have been no similar cases reported here and why there is no link to the flavoured, nicotine-based vaping products smokers are using to quit.”

Deborah Arnott, CEO of Action on Smoking and Health (ASH), told The Grocer the reports from the US were “obviously very worrying”.

Nicotine-containing e-cigarettes are regulated more strictly in Europe than in the US, and only products with contents and emissions that had been notified to the Medicines and Healthcare Products Regulatory Agency could be legally sold.

“If you’re a smoker using e-cigarettes to help you quit or prevent relapse back to smoking, are using legal products, and not experiencing serious side effects, then don’t be scared back to smoking,” she said.

While vaping was not risk-free, UK health authorities widely acknowledged it to be “significantly less harmful than smoking”.

Public Health England said its advice on e-cigs remained unchanged. Vaping was not completely risk-free, it admitted, bit it was “far less harmful” than smoking tobacco.

“There is no situation where it would be better for your health to continue smoking rather than switching completely to vaping,” it said in a tweet.

US president Donald Trump last week said he wanted to ban almost all flavoured vaping products, but later appeared to dilute this stance, tweeting that it was important to get “counterfeits” off the market and keep young children from vaping.