We must address the serious nutrition deficit in our diets 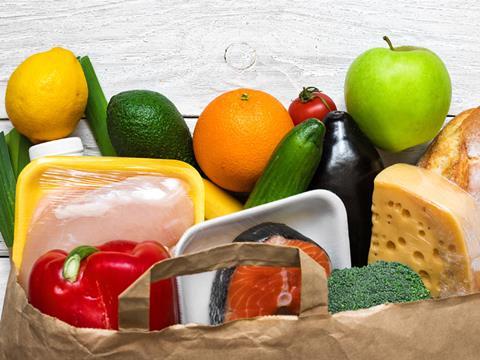 Hidden hunger occurs when the quality of food we eat does not meet our nutrient requirements. Many foods we think are nutritionally superior are far from it due to the high levels of processing in today’s food industry

Hidden hunger in the UK is a massive, under-reported and misunderstood issue. But what really is hidden hunger?

Harrowing reports are appearing in the UK about many forced to survive by means of food banks and parents skipping meals to try to ensure their children don’t go hungry. The blame seems to be firmly directed towards the Universal Credit scheme.

Hidden hunger, however, is a very different beast. To paraphrase the World Health Organization, it occurs when the quality of food we eat does not meet our nutrient requirements. The food is deficient in micronutrients such as the vitamins and minerals that are needed for growth and development.

It is estimated that about two billion people on our planet suffer from some form of micronutritional deficit, but there are no firm statistics in relation to the scale of the problem in the UK. However, I and others believe it to be very large in terms of numbers of citizens affected, with the impact on the health and wellbeing of our population enormous.

So why and how does hidden hunger strike and what can be done to address it? The causes are multifactorial. Our over-indulgence on energy-dense, nutritionally poor foods are clearly one issue. But many foods we think are nutritionally superior are in fact far from it due to the high levels of processing that take place in today’s food industry. This processing often removes or destroys vital micronutrients.

There is also the fact that food production systems have changed enormously over recent years. For example, more than 50% of all the fish we consume is now farmed and some types of these fish have been shown to be substantially lower in micronutrieints than wild-caught fish. Plus, the production of large amounts of carbon dioxide by heavy industries has been shown to reduce some vital soil components such as zinc and iron from our soils into plants we eat. There may well be other contributing factors but those listed may give a flavour of how changes to our food system and environment are contributing to the problem.

So what can be done? Recently I’ve observed the start of a movement called ‘ultra-mild food processing’ and Italy, the home of so much good food, seems to be at the heart of it. The ability to process food, ensure its safety yet retain much of its nutritional goodness, must be a move in the right direction.

But it’s not only the government that needs to act. The UK food industry could play a leading role in driving change for the better. Perhaps it’s a tough ask, but what could be a better way to regain the trust of UK consumers than by being a major part of feeding the nation properly? Addressing this serious nutrition deficit could possibly be of more importance to driving the UK economy and reducing some of the massive burdens on our health system than any other single factor.

Professor Chris Elliott is director of the Institute for Global Food Safety at Queen’s University, Belfast