We should be wary of the constant mixed signals over booze 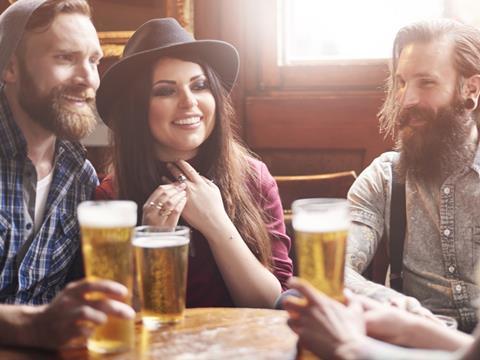 August ‘silly season’ is upon us. Cue plenty of questionable booze headlines.

In the past month alone, national media (always citing the latest ‘scientific’ study) has credited booze with a range of wonderful – and at times worrying – abilities.

Drinking a glass of wine a night makes you live longer

Regular alcohol consumption could cut the risk of developing diabetes

Drinking alcohol can improve your memory

I wouldn’t be so patronising as to suggest most shoppers would be easily convinced into ramping up their daily booze consumption in the hope of experiencing near-supernatural health benefits. But look past the entertainment factor, and there’s a sinister side to this kind of sensationalism.

We should be wary of constantly blasting consumers with conflicting assertions and advice around booze consumption. Indeed, that liver problems linked to heavy drinking are predicted to kill 63,000 people over the next five years, according to the University of Sheffield’s Alcohol Research Group, suggests we’ve got some way to go as a nation when it comes to responsible drinking and how the industry communicates.

Official guidance around alcohol consumption could always be clearer. Talking in weekly units, rather than pints, cans or glasses, doesn’t always translate clearly into consumers’ daily lives. And with the tabloids raving over booze’s extraordinary health benefits one moment and rabidly doom-mongering the next, it’s worth the occasional reminder that quite frequently the best advice is ‘Don’t be an idiot’. Perhaps don’t drink 18 shots of Sambuca on a work night out. Maybe leave that fifth pint, mate, yeah?

Brits already have a less than favourable reputation for their attitude towards alcohol in many corners of the world. But given the frequent quality of the wider conversation about booze consumption at home, is it really that surprising?