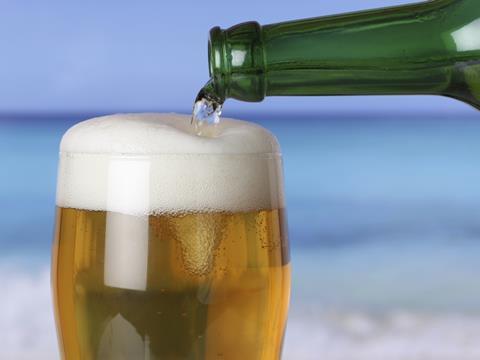 The Welsh government today pushed ahead with plans to bring in minimum unit pricing (MUP) for alcohol, raising the prospect of another legal battle with the drinks industry.

The move comes two years to the week after the government in England formally shelved plans for MUP. Similar plans in Scotland are facing an ongoing court challenge led by whisky producers over allegations that the move is a breach of European law.

Unveiling the draft Public Health (Minimum Price for Alcohol) (Wales) Bill, deputy minister for health, Vaughan Gething proposed a minimum price per unit of 50p per unit, which he admitted could rise.

The Welsh government cited research from the University of Sheffield published in December last year which claimed introducing a 50p MUP for alcohol in Wales would result in 53 fewer deaths and 1,400 fewer hospital admissions per year.

It also estimated that introducing this MUP would be worth £882m to the Welsh economy in terms of reductions in illness, crime and workplace absences over 20 years.

“Tackling alcohol misuse is a priority for the Welsh Government,” said Gething. “In 2013, there were 467 alcohol-related deaths in Wales. Each of these deaths was preventable.

“This new draft Bill signifies our firm commitment to use our legislative powers to improve and protect the health of the people of Wales.

“Evidence shows that introducing a minimum unit price of 50p per unit would be effective in reducing alcohol consumption, alcohol-related harms and the costs associated with those harms. It will save lives, reduce rates of crime, help ensure valuable NHS resources are used wisely and help businesses by reducing absence from the workplace.”

“Minimum Unit Pricing will unfairly ramp up the cost of over half of the drinks on supermarket shelves and hit Welsh drinkers with at least £55m extra on their drinks bill while doing nothing to tackle alcohol harm,” said Miles Beale, chief executive of the Wine and Spirit Trade Association. ”It is entirely wrong that responsible consumers in Wales should be punished for the actions of an irresponsible few.

“The substantial cost of implementation and enforcement, as well as the risk of losing shoppers across the border, is likely to hit Welsh businesses and jobs and the UK Treasury is set to lose out in £11m in revenues directly.

”Additionally, there are serious questions about the legality of such a move. Not only is Minimum Pricing being challenged in the European Courts, there is a question over whether the Assembly will be allowed to fix prices in a competitive market when this is entirely contrary to UK Competition Law”.

The draft bill proposes new powers for Welsh Ministers to make subordinate legislation to set the minimum unit price for all alcohol sold or supplied in Wales as well as powers for local authorities to enforce the minimum unit price, including powers of entry for authorised officers; an offence of obstructing an authorized officer and the power to issue fixed penalty notices.

The consultation on the draft will run until 11 December.