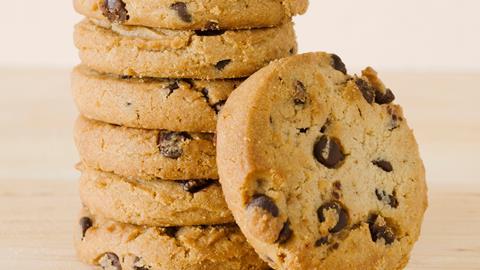 The Food & Drink Sector Council rejects Henry Dimbleby’s sugar and salt taxes, and is calling instead for a change to the UK’s food culture

Brexit and the pandemic have placed immeasurable strain on the food and drink sector in the past two years. But they have also shone a light on the sector’s importance, and how much can be achieved when it works together with government.

So says a new report from the Food & Drink Sector Council, whose membership comprises senior figures representing every part of the food chain. The document sets out industry recommendations for the government’s National Food Strategy report, due to be published next year in response to Henry Dimbleby’s independent review of the same name.

It also forms an industry response to Dimbleby’s recommendations, which included sweeping taxes on sales of products high in fat, salt and sugar.

As a result, despite being billed as a review of England’s food chain from field to fork, it focused insufficiently on everything in between, says Agostini.

“What is missing is all the investments and support for other aspects of manufacturer and distributor, needed for transformation,” he says.

“How we can create growth, have the right skills, have a resilient system?”

The FDSC report has taken input from “the whole chain, from farm through manufacturing, through retail, to create a golden thread of recommendations where all parties can benefit”, Roberts says. But it’s “not just asking government to solve our problems for us”, he adds.

It sets out goals shared with Dimbleby. It agrees industry should support an ‘Eat & Learn’ programme promoting food education in schools. It backs his suggested government ‘National Food System Data Programme’ to track progress on sustainability and plug gaps in existing data.

“We are in agreement that we need to create better access to good food, invest in more sustainable farming, in biodiversity,” says Agostini. “On climate change, net zero, we are aligned. We are committed on 100% recycling.”

There is even agreement on the need for product reformulation. But there is disagreement on the best path to reaching these goals. Rather than hammer the industry with taxes, FDSC proposes the government collaborate with it in a 10-year strategy to tackle obesity and improve sustainability by changing UK food culture.

The model for collaboration “is to be found in how the sector and the government worked together during the pandemic, ensuring that food supply was maintained,” the report says.

Agostini argues progress towards goals – including halving childhood obesity rates and reversing the rate of adult obesity – can be accelerated by treating industry as the solution, not the problem.

“We have to make changes, for example on product recipe, on sustainability but we need a constructive timeframe.”

Dimbleby’s proposals for a £3/kg tax on sugar and a £6/kg tax on salt in processed foods sold in supermarkets, restaurants and catering are dismissed. “For many products, such as cakes or biscuits, reformulation and innovation takes time and a tax will not incentivise this complex technical challenge,” the report says.

The soft drinks levy has led to reformulation, but “we have seen comparative progress in milk-based drinks with no such levy applied”, it adds.

“The case has not yet been made that a widespread use of levies and taxes would lead to reformulation, rather than higher prices, often for those least able to afford them.”

Agostini goes further: “If we think the future has to only be non-HFSS products, we are not in agreement. Some categories will always remain indulgent [but] the indulgent part’s market share has to represent a healthy diet. We cannot have people with non-HFSS food as 40% of their calorie intake. We need to educate people.”

To boost education – key to both cultural change and innovation – schools should focus more on science, technology, engineering, and mathematics. And the industry should double its R&D spend by 2027.

“We cannot have people with non-HFSS food as 40% of their calorie intake. We need to educate people”

Changing culture is a “big ambition”, Agostini admits, but it can be done if government and industry seize “the momentum of the crisis that has given a very important role to food”.

“We need skills and talent. We need to promote the food industry, not as an old-fashioned job. It is the contrary and this transformation can only be done if we have the right investment and the right alignment.”

Is the government likely to agree? PM Boris Johnson’s early reaction to Dimbleby’s report suggested he was “not, I must say, attracted to the idea of extra taxes on hardworking people”. Compromise from the health lobby can more easily be ruled out. “We mustn’t forget that Henry Dimbleby is also a food businessman, but despite this he still recommended the sugar and salt tax because it is clearly a policy that has now become necessary,” says Action on Sugar campaign lead Kawther Hashem.

Simon Capewell, professor in public health policy at the University of Liverpool, sees the FDSC report as “great progress, confirming that manufacturers agree that real action is needed”. But he adds: “Sooner or later, inevitably, that action will include the potentially very effective proposed reformulation levy on sugar and salt.

The pandemic may have pushed the UK’s food system, with all its strengths and weaknesses, on to centre stage. The industry’s role – as problem or solution – has yet to be cast.