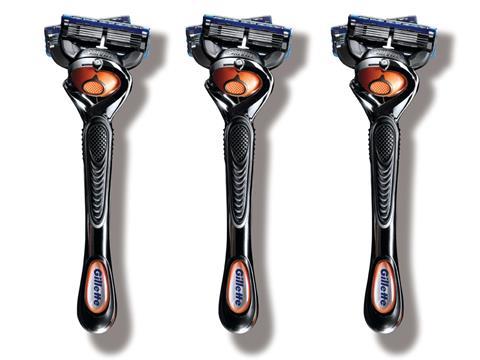 A few weeks ago he was the guest editor of The Grocer and, during our weekly news conference (when we discuss the stories we are writing and hope we’ve done enough to please the powers that be), the conversation turned to male body hair removal.

We don’t discuss body hair with all our guest editors, I hasten to add. The discussion only took such a detour because I asked Irwin about rumours P&G was to bring a US product – the Gillette Body razor – to the UK.

“British blokes aren’t going to want to shave their body hair,” I opined. “Well, not enough to justify a major launch.”

Irwin politely responded that P&G was investigating the opportunity for such a product in the UK, and that it hadn’t yet decided whether it would launch Body here.

Well, sorry Irwin, it turns out I know nothing about modern attitudes to male body hair, with Mintel today announcing that half of British fellas feel under pressure to remove or groom body hair.

That was just the start. I grew up in the 1970s (when the only grooming men did was trim their sideburns), and what I read in the Mintel report filled me with disbelief. And not a little horror.

Thirteen percent of men have removed hair from their chest (I can let that one go); 9% from the back (fair enough, no one likes a hairy back); 12% from their underarms (I’m trying not to judge); 4% from their legs (perhaps they’re very keen swimmers); 2% from their feet (what are they, hobbits?).

Then came the stats that made me fear for future generations.

Twenty-nine percent – the best part of a third – of British men have removed pubic hair. I’m just going to leave that one out there (perhaps my shock is very much down to my advancing years) but I’d love to hear what readers make of it.

Another stat – which shocked me to my core – was that 6% of British men have felt the urge, at some point in the past 12 months, to shave or otherwise remove hair from their bum. As I sit on my proudly hairy posterior, looking around the office, statistics suggest at least one of the fellas I can see have taken razor, wax or cream to their bottom. I’m going to give the couple of Welshmen on The Grocer team the benefit of the doubt as their countrymen are least likely to have trimmed their body hair, according to the research.

Far more likely are the younger members of the team.

“It is becoming increasingly commonplace for men, particularly under-30s, to remove hair from their body as behaviours once described as metrosexual are becoming increasingly mainstream,” says Mintel senior beauty analyst Charlotte Libby, adding that 58% of 16 to 24-year-old men say they feel pressure to remove or groom body hair, compared to 22% of over-65s (my dad will be relieved).

And the lads who feel obliged to sport a hair-free torso are likely to have contributed to the 2.1% growth in the UK shaving and hair removal market to £625m.

“Innovation in the shaving and hair removal market continues to focus on male-oriented products, with a particular trend towards male body hair removal,” says Libby.

So apologies once again, Irwin, it seems there is a market in the UK for the Gillette Body – and its promise to “move through even the tightest spaces” (shudder).

But this 40-something will be sticking with his trusty Gillette Fusion. And the furthest south that’s going to be travelling is my chin.