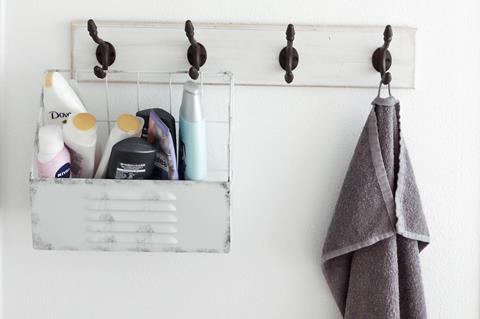 Following its annual investor event in November 2019, Unilever outlined an upbeat assessment of its topline prospects for 2020, so the sales warning just weeks later came as a shock, with the company citing slower growth in its emerging market operations. Without the buffer of a growing developed market business to fall back on, Q4 organic growth came in at only 1.5%, its slowest growth in a decade and the catalyst for CEO Alan Jope to take a forensic look at its portfolio.

The sale of its declining spreads business has done little to boost growth. With its results in February, it announced a strategic review of its tea division and will now go further by undertaking a review of its largest category, beauty & personal care. The aim is to get group growth into a sustainable 4%-5% range, but management seems to have concluded this is unlikely without portfolio change.

Beauty & personal care is 40% of group sales and 50% of profits but continues to underperform, with haircare a clear trouble spot in the key markets of the US and China. The bigger picture is that 2019 represents the fifth consecutive year of slower growth, which must be particularly frustrating given Jope ran this division before becoming CEO.

Unilever’s beauty & personal care operating margins are 22%, some 300-400bp higher than L’Oréal or Estée Lauder, but with materially slower growth. Despite this, management is adamant the division is not over-earning, but it hasn’t completely ruled out a margin reset, by saying it would always prioritise growth over margins.

The mood music around acquisitions and disposals has certainly changed. Last year management indicated that it saw greater risk of value destruction from smaller deals as valuation multiples became elevated, and as such indicated it may turn to bigger (but potentially cheaper) deals. In terms of acquisition priorities, Jope has said in the past that one of his biggest regrets is not having a North Asian prestige cosmetics business, or much exposure to the fast-growing travel retail channel.

There are risks to this strategy. Pivoting by selling businesses for low multiples and buying businesses for high multiples is not a recipe for maintaining its healthy high-teen return on capital. The other worry is how long this portfolio shift lasts. Unilever’s complex organisational structure makes disposals time-consuming. Not only did it take two years to sell spreads, it also came with significant stranded costs, which increased earnings dilution. It could also cause uncertainty at a time where it should be focused on growth. In contrast, Nestlé is undertaking M&A from a position of strength and tends to execute first and then speak after.

There is also a salutary lesson from the past. In 2009 Jope’s predecessor Paul Polman set out an ambitious plan to double revenues to €80bn. Polman aimed to get Unilever’s volume growth up to global GDP growth levels, but it rarely happened. Topline weakness at Unilever has been a long-term issue and this current M&A strategy feels like going back to its ‘Path to Growth’ strategy, infamous in the 2000s, with Unilever willing to accept a smaller portfolio, but only if it grows faster.

Unilever is in a tricky position as its portfolio is largely mass market at a time where consumers are trading up. Unilever has been building a prestige portfolio since 2014 but is still a long way from the €1bn revenue target it set then. Some investors go further and question whether Unilever is the right owner of prestige cosmetics assets given its heritage and mixed recent track record. At the same time, a resurgent P&G is not making matters any easier.

Unilever’s portfolio could look materially different in three years time, but will the time and cost be ultimately worth it? Turning supertankers into speedboats has never been an easy thing to pull off in consumer staples.