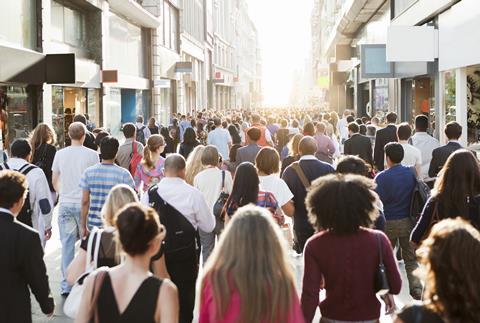 It’s imperative the next government takes steps to safeguard retail, starting with reforming business rates and the apprenticeship levy, according to the British Retail Consortium.

Measures seen as essential for retail to continue supporting communities have been set out in the BRC’s ‘Vision for the UK Retail Industry’ manifesto.

The manifesto says the next government “must do more” to protect an industry accounting for 5% of the economy, and sets out three key priorities for action.

On business rates, the manifesto demands the scrapping of ‘downwards transition’, which limits how quickly bills can fall after a retailer is deemed to have been overpaying, costing business an estimated £1.3bn every five years.

It calls for the apprenticeships levy to be made more flexible, removing a requirement that funding go towards courses approved by the Institute for Apprenticeships and Technical Education, typically lasting 18 months or more.

“We would like retailers to be able to use it for shorter courses, for instance Level 1 digital skills courses that are absolutely essential at the moment to pushing the industry forward,” said a BRC spokesman.

The third priority is to bring forward new legislation to tackle the 115 attacks on retail workers which the BRC says happen daily.

The manifesto highlights the recent plight of the industry, suffering high rates of store closure and the lowest 12-month average sales growth on record, at just 1%. At the same time, retailers have generated £17bn in business taxes, “equivalent to funding our entire police and fire & rescue budgets”.

“This election provides an opportunity for action,” the manifesto says. “As political parties draw up their manifestos in the coming weeks, they should spare a thought for their local retailers, for the three million voters those retailers employ, for the 65 million people those retailers serve, and for the billions in tax those retailers contribute.”

BRC CEO Helen Dickinson said: “‘A Vision for the UK Retail Industry’ offers a path to empowering our shops, our shop workers and our communities. Political parties should grasp this chance for reform. The general election is a unique opportunity to address many of the imbalances that are adversely affecting retailers - imbalances that have led to job losses and store closures up and down the country.

“Fixing the broken business rates system and reforming the apprenticeship levy would help unlock the investment into skills, stores and online necessary to allow retail to thrive.”