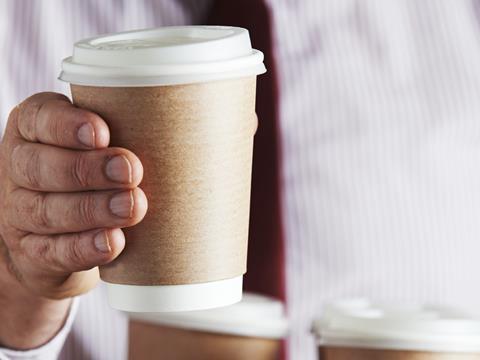 Sir, I read with interest ‘Coffee chains ‘falling short’ on takeaway cup recycling’ (thegrocer.co.uk, 10 April). I see the issue of coffee cup waste was not included in the government’s new anti-litter ‘taskforce’ last week and that only three out of the 25 coffee chains contacted offer a discount to consumers wanting to use their own cup.

However, the discounts are not actively displayed or encouraged, some of the coffee chains have reusable options in store and many are searching for a more environmentally friendly solution to the current takeaway cup. If customers were to bring their own cups, then there would be no need to recycle - or produce such vast quantities of paper cups. Instead, consumers would simply be able to reuse.

As the UK distributor of Klean Kanteen, the reusable stainless steel food and beverage storage brand, Whitby & Co has campaigned for many years to encourage consumers to #BringYourOwn. If this were adopted, it could make a seismic change to the environment. But a behaviour change is needed on both sides of the till.

Research from Whitby & Co. has revealed that although many leading coffee chains do allow customers to use their own cups in store, many do not actively promote it.

But consumers, too, must also actively embrace change and take some responsibility for how our actions affect the environment. Hugh’s War on Waste has brought the issue to the fore - now we all must do something about it.